HTC didn't win the race for selling the most Windows Phone 7 devices, but the Taiwanese have won the race to China. The winner in this race happens to be the HTC Titan, which debuts in the Chinese market as HTC Triumph. 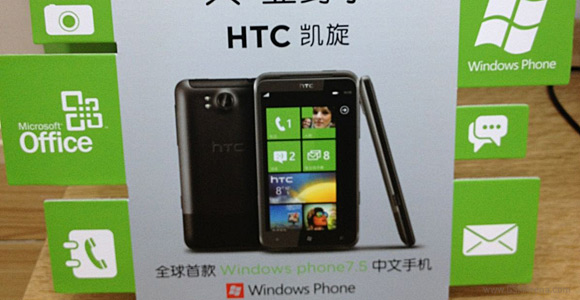 Priced at ¥4,399 ($700) without the burden of a contract, the 4.7-inch Titan takes one of the top spots in the high-end smartphone market in the People's republic.

HTC has confirmed that the Triumph will ship with the latest Windows Phone 7.5 Tango. However, Facebook and Twitter applications will be replaced by the local Sina Weibo and Tencent Weixin. Naturally, SkyDrive will take care of the cloud storage uploads.

Except one thing though.... you can't use Facebook and Twitter in China (not without a good proxy anyways), thus making those apps obsolete. That's why they put in Weibo. It's China's own Facebook.

Don't be silly if you don't know anything about China. Twitter and FB is banned in China due to the great WALL in the country, and as a turn out the sina Weibo and Tencent Weixin has become the most popular apps in China and almost every Chinese, i...