The HTC press conference here at the MWDC 2010 is scheduled for tomorrow but it seems that the phones to be presented there have already made their way out with some nice pics and full specs. Now the HTC Legend and the HTC Bravo are hardly a secret - they've been around our rumored section long enough. Today's surprise however is the HTC Touch HD Mini (yet another Mini version?)

The HTC Legend and HTC Bravo both run Android OS 2.1 with Sense UI. The Bravo will actually be sold as HTC Desire. Specs-wise it is not much different to the Google Nexus One. It's got an optical trackball, a 3.7-inch AMOLED screen, a 1GHz Snapdragon CPU, Wi-Fi, GPS, and a 5 megapixel camera. There's still no word whether it will be able to capture HD video as rumored in the past. 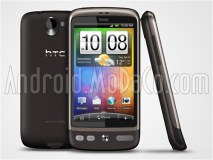 The HTC Legend has similar specs as well, it's only that it has a smaller 3.2-inch screen and a slower ticking 600MHz CPU. 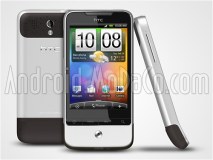 Unfortunately, there are still no detailed specs of HTC Touch HD Mini but much like the Legend it's supposed to have a 3.2 inch screen and a 5 megapixel camera. However it will run Windows Mobile 6.5.3 instead of Android. We'll have to wait till tomorrow for those (10.30 am CET). 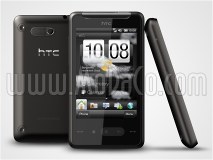 There are handsets out there to suit evry market, small compact phone that has good call quality...take ya pic, theres a wholerange of nokias, sliding sony ericssons. Bigger phones are suited to people who want the all singing, all dancing handsets l...

i agree too phones are getting biggher and bigger. i dont care about facebook and the net on a phone. i just want a small compact phone, that has a good battery life, good call quality, that is not full of software bugs.

I agree with you, they're getting way too big. XPERIA X10 Mini is what the casual consumer wants plus it has a keyboard, then the techy crowd want top of the range gut busting specs like the SE XPERIA X10 and HTC Supersonic.