HTC to unveil One A9s with updated specs, familiar design on September 1

Remember the phone that many have nicknamed HTC's iPhone? It launched last year, and yes, we're talking about the One A9. Since we're approaching its one year birthday, apparently it's almost time for HTC to unveil its successor.

This will be called HTC One A9s, according to Evan Blass (a.k.a. @evleaks) - hence HTC is continuing to draw 'inspiration' from Apple for this line of handsets, this time with the naming too. 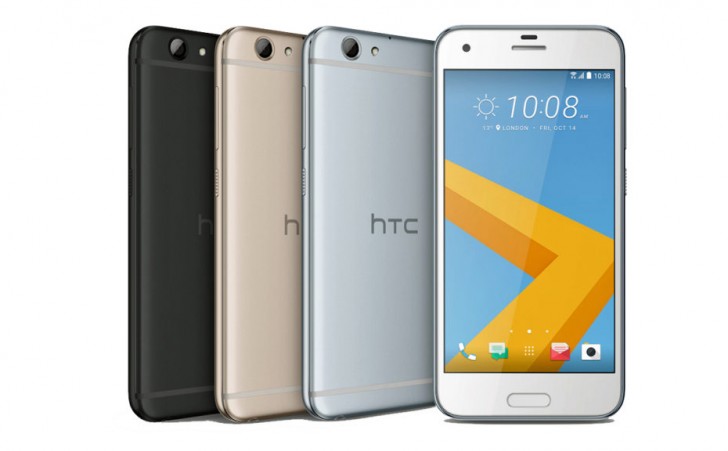 The above image shows what the One A9s looks like. It's pretty much going to have an identical design to its predecessor, save for some minor differences. First off, the HTC logo will vanish from the front. Also, the rear camera and LED flash have been moved to one side (which coincidentally or not makes this device look even more like an iPhone from the back). Finally, the sensors above the display are given new locations too. But otherwise, the "enclosure" is almost the same as the original A9's.

On the inside we assume there will be upgraded specs, but a full list of those hasn't been leaked yet. What we do know is that the front camera will be a 5 MP unit, while the rear camera will stick to the 13 MP resolution of the A9 (though the sensor could be different of course).

As portrayed by the image above, the One A9s will be offered in black, gold, and bluish-silver. It's reportedly going to become official on September 1, which is this coming Thursday.

Better but I still wouldn't buy it. If it's another phone with mid range specs for 500 €, it will be like Xperia X. Both HTC 10 and Xperia X Performance are way better choices than their upper mid range equivalents.