HTC U11 is official with Edge Sense and Snapdragon 835

Today HTC made its next flagship smartphone official. As the many leaks have hinted, it’s called U11, in an effort to make it obvious from the get-go that this is a member of the new U family (also comprising the U Ultra and U Play), but at the same time the successor to the HTC 10 from last year.

The U11 comes with a standout feature dubbed Edge Sense. This lets you squeeze the phone in order to execute specific actions. So you can, for example, snap a photo just by squeezing the U11’s frame. You can customize how hard you need to squeeze to make something happen, of course.

The Sense Companion first released for the U Ultra will land on the U11 too. This is an app that will give you suggestions based on what you do and your use of the device. As you’d expect from an Android smartphone in 2017, the U11 launches with Google Assistant built-in (where available). In some markets the handset will also come with Amazon Alexa in certain markets, so you'll have plenty of choice with your digital assistant.

It turns out that the recent teaser about “360 real-life recording” wasn’t referring to the camera, but to the U11’s “3D audio recording” capabilities, powered by 4 microphones. While we’re on the subject of audio features, the handset is Hi-Res Audio certified, and comes with BoomSound Hi-Fi Edition, just like in the HTC 10 - this means that the earpiece acts as one speaker, set up as a tweeter, while the speaker on the bottom takes care of the bass. 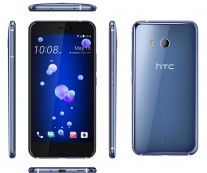 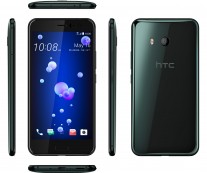 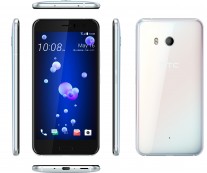 The HTC U11 is powered by the Snapdragon 835 chipset as you'd expect from a flagship these days. It is paired with 4GB of RAM and 64GB of expandable storage in the US, while some international markets will also get a version with 6GB/128GB.

The screen is a 5.5-inch QHD Super LCD 5 panel, with Gorilla Glass 5 on top. The main camera is a 12 MP UltraPixel 3-branded unit with 1.4 micron pixel size, f/1.7 aperture, optical image stabilization, a dual-LED flash, and 4K video recording. Slow motion video can be captured in 1080p at 120fps.

The selfie snapper is higher-res, interestingly, coming in at 16 MP. It records 1080p Full HD video, and has a Selfie Panorama mode. The HTC U11 has a USB Type-C port, Bluetooth 4.2, Wi-Fi 802.11ac, NFC, GPS, GLONASS, and Beidou on board, but the 3.5mm headset jack is gone. The handset will come in single-SIM and dual-SIM iterations, with the former having support for 1Gbps 4G LTE, while the latter will only go up to 800Mbps (though note that speeds will be fully dependent on your carrier). 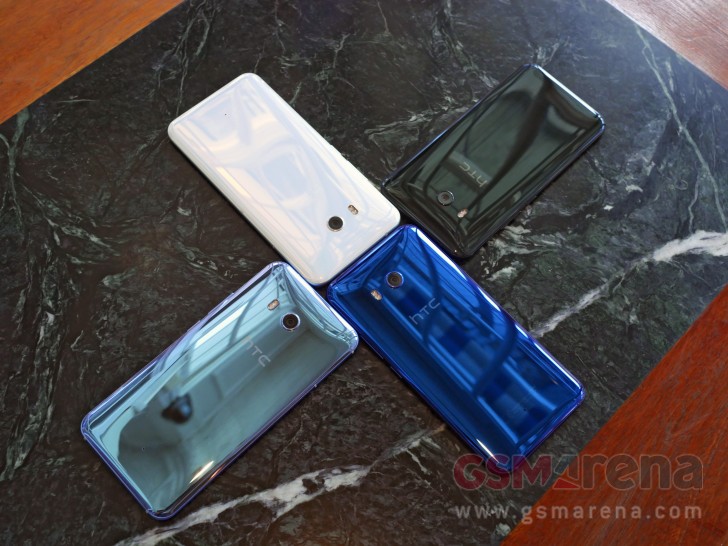 The phone has a 3,000 mAh battery, which supports Qualcomm’s Quick Charge 3.0 as well as two different power saving modes.

The U11’s measurements are 153.9 x 75.9 x 7.9mm, and it weighs 169g. It runs Android 7.1 Nougat with HTC Sense. Last, but definitely not least, it comes with IP67 certification for water and dust resistance. That means it’s dust tight and can withstand being immersed in up to 1m of water for up to 30 minutes. It has a glass back too, and its various color versions use that to reflect light in very interesting ways depending on the angle at which it hits.

The HTC U11, available in Amazing Silver, Sapphire Blue, Brilliant Black, Ice White, and Solar Red, and will be available worldwide from May 2017 onward. Global pricing is set at €749/£649.

In the US the HTC U11 will be available via Sprint in Sapphire Blue and Brilliant Black for $0 down and $29/month for two years. Pre-orders begin today and actual stock is coming June 9. Early pre-orders will also get two Amazon Echo Dots for free.

Additionally, an unlocked version in Sapphire Blue, Brilliant Black, and Amazing Silver will be available for presale beginning today via HTC itself and Amazon. Launch date June 9 and price is $649.

you will not get them free. the cost of them is included.