HTC U11 Life announced in two versions: Android One and Sense

Alongside its new flagship, the U11+, today HTC has also unveiled a mid-range smartphone - the U11 Life. This comes in two versions: Android One and Sense.

The latter runs HTC's UI overlay on top of Android 7.1 Nougat, has Amazon Alexa pre-installed alongside Google Assistant, and will be available in North America. And the update to Oreo is supposedly arriving within 30 days.

The Android One variant is coming to the rest of the world running pure, unadulterated Android 8.0 Oreo from day one.

Aside from that, the two models are almost identical. Regardless of where you buy your U11 Life, you're getting a 5.2-inch 1080p Super LCD and an IP67 rating for water and dust resistance (submersion in up to 1m of water for up to 30 minutes). 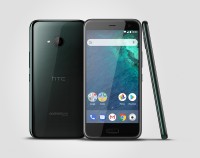 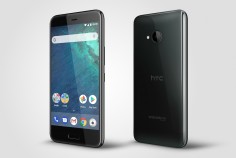 The handset is powered by the Qualcomm Snapdragon 630 SoC, aided by 3GB of RAM and 32GB of storage in North America. Elsewhere you'll either get that or 4/64GB. Storage expansion through microSD cards is supported in all cases.

The rear camera is a 16 MP f/2.0 unit with 4K video recording, phase detection autofocus, and an LED flash. On the front there's another 16 MP f/2.0 sensor, but this one only shoots video in 1080p.

More official renders of the Android One HTC U11 life

The U11 life supports Cat.11 LTE globally, with peak download speeds of 600Mbps, and uploads of up to 75Mbps. In North America you get Cat.9 (downloads up to 450Mbps and uploads up to 50Mbps).

A fingerprint sensor is below the screen. Like the other U-series devices before it, this one also comes with the "liquid surface" design. The back is a highly durable acrylic glass that is crafted using a method of layering highly-refractive precious minerals. This results in colors that change whenever you move the phone, even just a little bit. 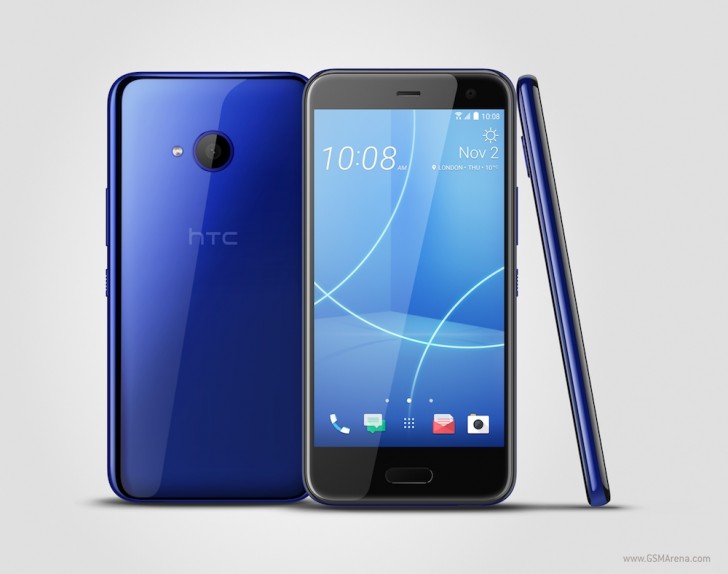 Edge Sense, which lets you squeeze the phone in order to perform specific actions, is built into the U11 Life as well. HTC USonic earbuds are in the box. The handset's dimensions are 149.09 x 72.9 x 8.1 mm, and it weighs 142g.

The Sense version is available in the US today, in Sapphire Blue, for $349. T-Mobile will be the exclusive carrier partner for the U11 Life stateside, with sales beginning at the magenta company tomorrow.

The phone is out in Canada too, for CAD 449. The Android One iteration will be offered in an additional hue - Brilliant Black, but pricing and availability for that one will be confirmed market by market.

Nothing wrong with Android One, now seeing it on phones with mid range chipsets.

I have been waiting for upgrade my phone from M8. I was looking forward to this. But with Android One. forget it. Worst decision by HTC. Android one was a failure concept. Even less known local manufacturers like Micromax, Spice, Infinix etc abandone...

What is thin here ?