Unboxing the HTC U11+

We couldn't provide you with the retail package in time for the original article, so this is where we right this wrong. The HTC U11+ comes into a very slim paper box that packs a lot of goodies. 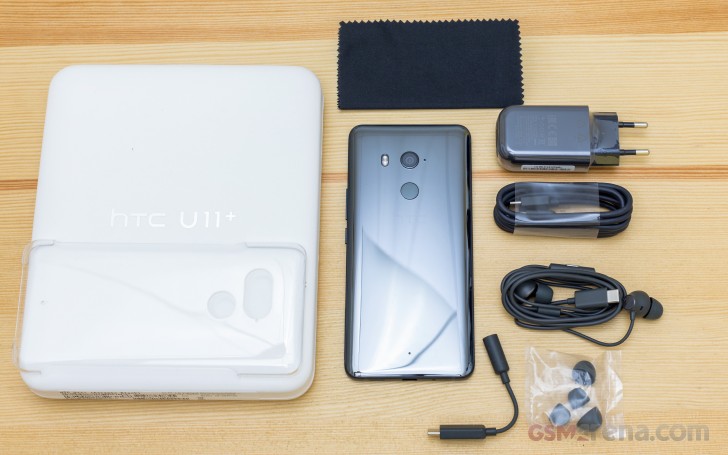 Besides the phone itself, inside you'll find a QC3.0-enabled charger plug, a USB-C cable, and company's own USonic noise-canceling in-ear headphones. Naturally, a proper USB-C-to-3.5mm adapter is provided, but HTC is also throwing a complimentary transparent plastic case and a cleaning cloth for that beautiful glossy body.

Retiring the metal jackets in favor of glass is now officially a thing, but HTC's "Liquid Surface" shape dates back to the U Ultra and U Play January premiere. HTC was definitely onto something with that curved back design and everchanging color and it certainly gives the U11+ some character. 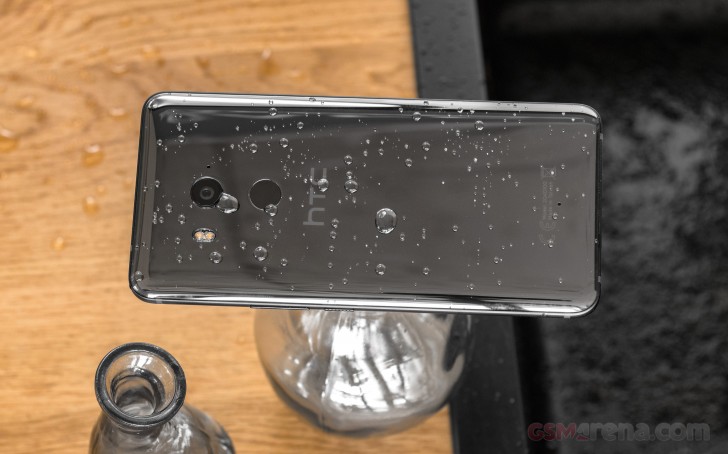 On the opposite side, the HTC U11+ front is both as flagship and generic as it gets. The U11+ utilizes a 6" high-res Super-LCD6, the latest available of this gap-free screens. It's one of those 18:9 wide screens, with super thin bezels, shaping as the next big thing on the market. There is a Gorilla Glass 5 to shield it, and that's pretty much it. No keys, no fingerprint scanner. 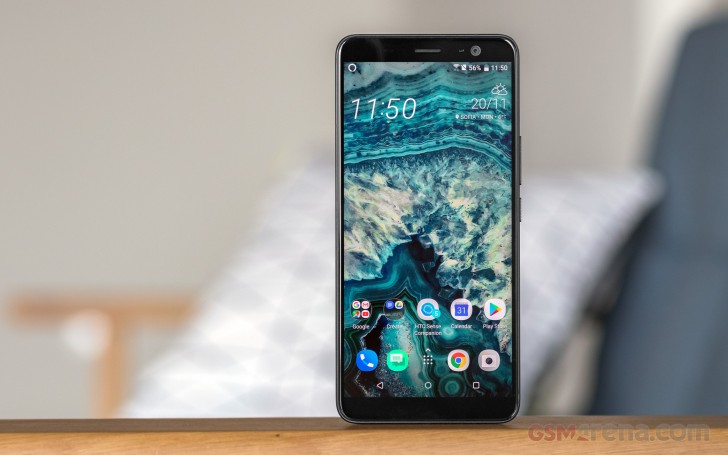 It's the 3-axis curved back where the HTC U11+ really shines, literally. It's made of a specially molded Gorilla Glass 5 piece, the paint was laid on the inside to prevent chipping, while there are extra layers of highly reflective minerals for enhanced color-changing effect on the outside. 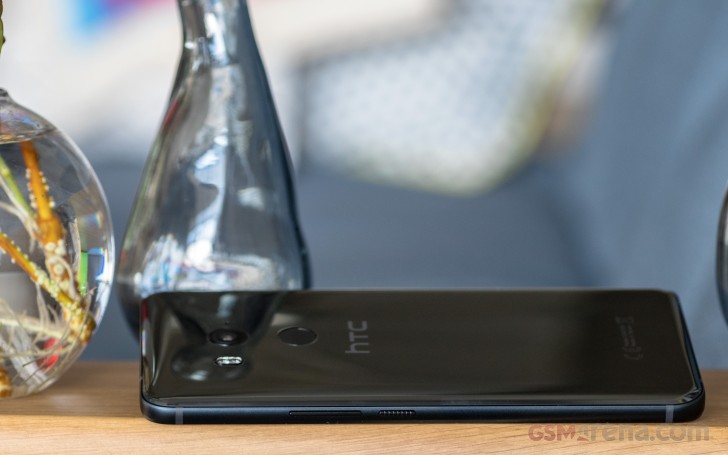 HTC chose three paintjobs for the U11+ - Ceramic Black (as our review unit), Amazing Silver (as the U11 we reviewed in June), and a brand new Translucent Black. All three models are indeed highly reflective and shift color per different surroundings, but the translucent one is the most standout one.

The Translucent Black rear won't allow full opacity, but has the internals somewhat visible so you can catch a glimpse of the NFC antenna, the battery, the fingerprint sensor, and some motherboard screws. The brighter the surroundings, the more visible the parts. Unfortunately, this Translucent Black U11+ will be released at a later date.

HTC promises "a more comfortable hold and a secure grip" and those come from the matte metal frame ending in two thoughtful chamfers. This is a clever way to balance on otherwise slippery glass body and it works like a charm for the U11+.

Handling the HTC U11+

HTC U11+ has a very seamless design in contrast with the Pixel's, and the Liquid effect provides for one of the most stunning looks a smartphone can have right now. It's a phablet, alright, and handling it is secure enough but far from single-hand-friendly. Luckily, HTC Sense has the best implementation of squeeze gestures and one-hand control is a piece of cake on the U11+. 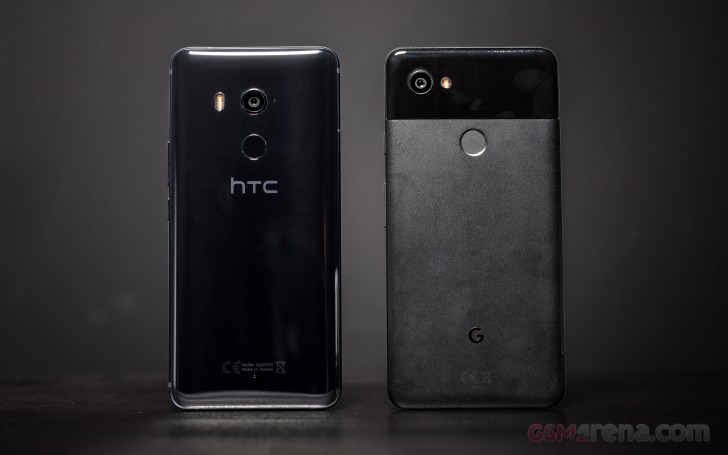 HTC U11+ front is mostly screen, of course. The earpiece doubles as one of the Boom speakers, and around you can also notice the selfie camera and one of the five mics. A notification LED and a couple of sensors are hidden nearby, too.

There is nothing on the left side, while the volume and power keys are on the right. Another mic and the hybrid SIM slot are at the top, while the mouthpiece, the second Boom speaker, and the USB Type-C port are at the bottom of the U11+.

Finally, the 12MP main camera is at the back, accompanied by a pair of mics and a dual-LED flash. The fingerprint scanner lies on the back further down from the camera lens.