HTC is reportedly working on a phone dubbed “Imagine Life” - aka HTC U12 Life (U12’s code name was Imagine). We saw the same move last year with the U11 Life, a mid-range phone that borrowed some elements from the U11 flagship, but the name was more for marketing than actual flagship features.

Similarly, the chipset will be a Snapdragon 636 – with eight Kryo 260 cores (4x Gold and 4x Silver, based on Cortex-A73 and A53 respectively). On the memory front, there will be 4GB of RAM, 64GB storage and a microSD slot. 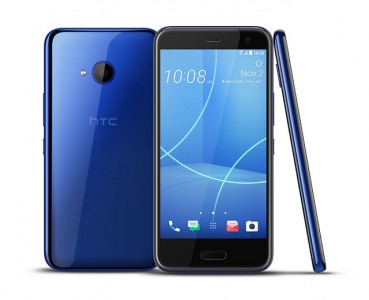 The HTC U11 Life from last year

The U12 Life will reportedly have a 16MP + 5MP dual camera on the back that is capable of 4K video capture. The Life will lose the dual Selfie camera, but it gets a higher resolution module, 13MP, and a selfie flash.

Other details include a solid battery capacity – 3,600mAh, which should go a long way with the 14nm chipset – and also a fingerprint reader. No word on waterproofing, but we think it’s likely (the U11 Life was at IP67).

No word on when the U12 Life might launch or how much it will cost either. Last year’s phone launched at $350, so that’s a reasonable guess. By the way, the U11 Life had an Android One version, so that’s something to look forward to.

Agree - 6 inch phones are massive and impossible to use one handed - around 5.7 inch is ideal if you want to use the notification bar and touch icons with one hand.

110% agreed! I'd really like smaller screen but in today's environment even with a 6", the offer seems best deal.