HTC U12+ appears in case renders with 4 cameras

HTC is one of the few companies yet to release a 2018 flagship. Rumored to come in May, the U12+ is still in the rumor mill, although we saw initial leaks of the front and back of the device. We also learned some specs along with the information that the phone should arrive with a Snapdragon 845.

The latest information comes from Yahoo! Taiwan where a case render reveals the HTC U12+ from the front and the back. Apparently, the phone is going to have two cameras on the back, lined up horizontally, and two more on the front right next to the earpiece.

The images also suggest that HTC U12+ main camera will have a dual-LED flash and a circular fingerprint scanner below the cam setup. The front is mostly occupied by the 18:9 aspect ratio display but there will be no notch - HTC will implement a symmetrical design, similar to what Samsung is doing with its Infinity Display. 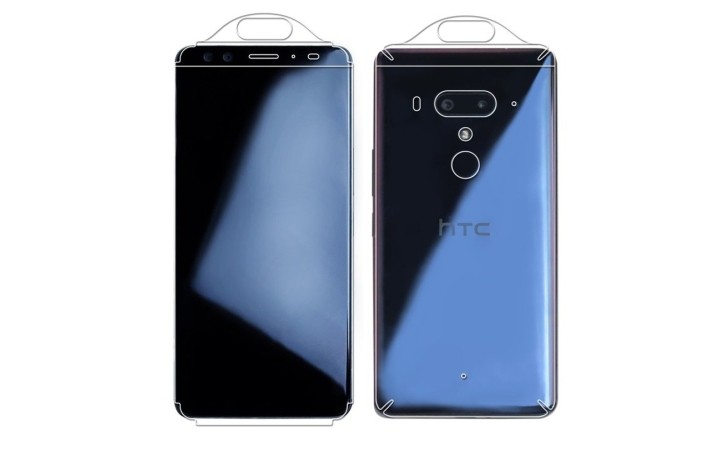 If rumors are true, the dual cameras will be 12 MP + 16 MP with one of the sensors probably being Sony IMX363, recently seen in the Xiaomi Mi Mix 2s. The HTC U12+ will most likely come with Android 8.0, Sense UI 10 and full Treble support.

Looks beautiful. Cant wait to see the real pics. I wish though manufacturers could make a choice of no glass backs so we can enjoy the handset without being an unsightly grease trap