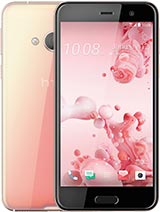 The battery sucked big time indeed, went completely out in a year. But still, I kinda got used to that phone so I decided to replace battery. It does require some charging throughout the day if used frequently. Still (ab)using it, two years now. Selfie camera died.

Force Majeure, 11 Jan 2017HTC, 2013 called, they wanted their small battery back. You get 4100 in a cheap Xiaomi these days. But xiaomi takes more ram for their UI.

My heart are already stolen to HTC

Battery life is HORRIBLE!! I can't stress this enough - don't buy this phone! Yes, maybe other features are ok, but you don't get to use them, cause your phone will be dead after a few hours! Oh and using it outside? Don't even think about that. It can have 36% battery left, but if the temperature outside is below 20 degrees per celsium and you make a 5 second long call - say bye bye quickly, cause it will turn off immediately after. My first and last time buying something from HTC.

Moshiur Rahman, 16 Dec 2019Battery life extremely poor, I have to leave the set only due to battery life after using one year.Not because your bad habit of using this phone? I highly suppose is that.

Battery life extremely poor, I have to leave the set only due to battery life after using one year.

Really dissappointed with battery life, it doesnt take more than 5 hours with very low usage. We replaced teh battery and even the main board , but stil the same story. Phone is great with performances and cameras but battery life ruins everything.

i am using HTC U PLAY from 2017, i was good for 1 year, after that ...... nowadays battery draining out very quickly..... getting hanged while playing whatsapp video or audio or sometimes whatsapp calls are coming. then we have to hold power button for long time to close it. phone will shutdown... after few minits only we can hold power button phone will sometimes switching on may be battery will be 0 %.......

htc u play very nice phone i like it, but the bad thing is, this very low capacity of battery i can't use it for more than a day.

my uplay is not bad but very slow needs an update ,which will never happen shame such a nice phone,,,

why until now I didn't get the software 7 or 8

I bought a HTC U Play Dual Sim not so bad. BUT 1- Screen looks bad under the sun, 2- Battery is bad, 3- while the camera works or playing games phone warming up 4- The HTC's software support is disgusting. Because they are preparing different roms for each country. Finally HTC said the future of updating but did not.

The front camera is not working, is all white, just these few days, after one year, after all other things ok, love it, but this problem came up, what is going on???

Battery life is shit... Below 5 hours in simple using

I went back to HTC after a stint with Samsung and the difference is astounding. The battery life is pathetic and after backwards and forwards with tech support the best way to fix this is not to use the phone, although that still drains the battery. It was then suggested if i was on wifi to turn off mobile data and if I was uaing mobile data to turn off wifi. I already have to do that with bluetooth and optimise all apps to try and get most of the day out of the battery and after 1 week the optimise battery life button is always on. But I still always fall short.
The usb type c jack is also an issue. I have tried to get an adaptor to get earphones that fit but the adaptors do not work. Then while holding the supplied earphones in my phone went flat within 1 hour and I had no way to charge it.
The phones screen is ok when inside, but if I go anywhere near outside I cannot see a thing.
I am not happy at all with the phone and will gladly go back to Samsung!

Anonymous, 12 Sep 2018Is there any way I can buy this in Philippines? Cause the online shop is too expensive and Its... moreI own a U Play and its not very good in comparison to other phones in the market at the same price point. i think u should consider other phones like Huawei

Is there any way I can buy this in Philippines? Cause the online shop is too expensive and Its not even discounting

am using last one year .. but the battery performance very bad..

Total of 176 user reviews and opinions for HTC U Play.