The One couldn't reinstate HTC as the King of Android, so will U be able to? The HTC U Ultra sets off on a new path of design but stays on the familiar footing of high-caliber camera and audio. A Dual Display makes a surprise appearance as the stalwart headphone jack is left behind. 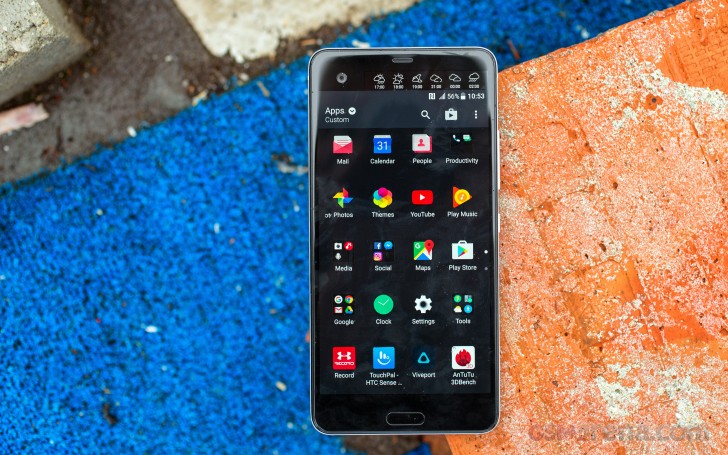 The main screen is a 5.7" Super LCD5 panel covered in Gorilla Glass 5 or, for the fancier 128GB model, Sapphire crystal glass. The supplementary screen adds 2.05" worth of space for vital notifications and reminders, but we didn't see any apps make use of the extra room for additional controls.

The U Ultra is powered by a Snapdragon 821 chipset, which coupled with the QHD resolution of the main screen leads to HTC's other passion - VR. The Viveport app comes pre-installed, which currently serves to augment the HTC Vive experience but does not have VR capabilities of its own... though HTC has expressed interest in mobile VR, so we'll see how that goes.

Back to the real world, you'll be able to capture spectacular photos and videos of it thanks to the 12MP camera that we first saw on the HTC 10. It boasts a large sensor (and, as a result, large pixels), a bright aperture and high-res audio recording for the 2160p videos.

Speaking of audio, the HTC U Ultra supports both BoomSound and USonic. The first tunes the stereo speaker experience - for either music or videos - while the second personalizes the headphones experience. You will need USB-C headphones, though, preferably ones from HTC as those are the only ones (for now) to support USonic.

HTC U Ultra review: All that glitters - Reader comments

My htc u ultra have a technical problem in connection with slow battery charge for a long period.now the system is not working ,this mobile parts are unavailable at any shop,how I will solve this problem.?

only i use it in a year then suddenly not working, not charging battery and only on then off..nobody can repair..

After ten years with HTC, I was very upset, after buying the U Ultra, the phone burned and no one could repair it, and this happened on its own.