HTC U Ultra China launch set for March 1, to cost around $740

The HTC U Ultra is all set to launch in China on March 1, and it will carry a price tag of CNY 5,088 (around $740) in the country. This was revealed by the Taiwanese company in a Weibo post. 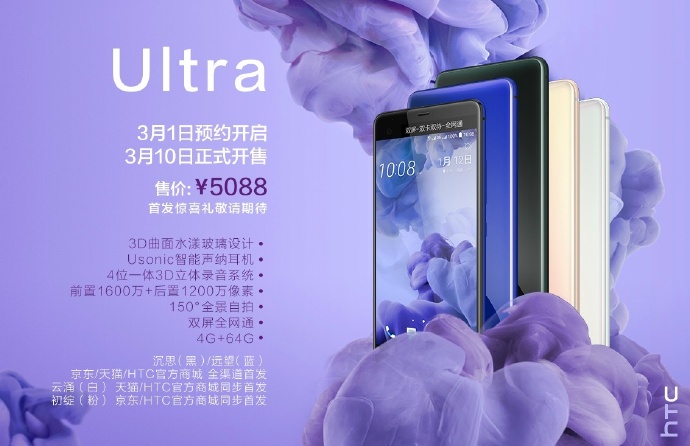 The pricing information that HTC has revealed is for the 4GB/64GB variant. There's currently no information on how much the 128GB model will cost in the Asian country. In addition to China launch and pricing, the Weibo post also revealed that the phone will go on sale in Japan on March 10.

The U Ultra is now available for purchase in Europe. It has also been officially announced for India.

HTC has already no existence in Mainland China. The price is set up so high just because they know it will fail even priced at 500 (CNY 3400+).