In case you didn't get the memo, HTC has scheduled its own event for January 12, right between CES and MWC. According to latest reports there are three new handsets lined up for the show.

These will be the HTC U Play, HTC U Ultra and HTC X10. Some specs were already leaked a few hours ago and now, we get a slew of live shots of what is said to be the HTC U Ultra, also known as the "Ocean Note". 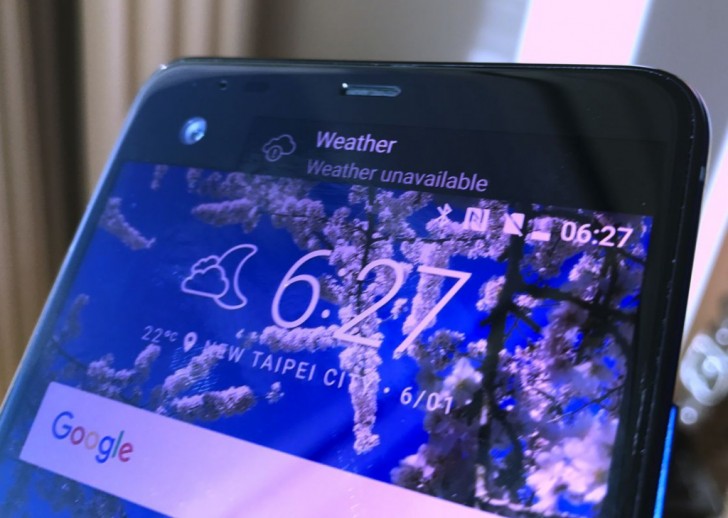 They reveal a secondary display, clearly visible above the main QHD 6-inch panel. Based on position, general appearance and what we can glimpse in terms of functionality, HTC appears to be taking quite a few hints from LG and devices like the V20 and V10 before it.

We can clearly see the secondary panel displaying a clock and date combo, while the main display is off, as an alternative to the "Always on" modes on some competitors. Quick app shortcuts and notifications appear to be a thing as well. It will be interesting to see if and how HTC develops the functionality further.

Other than that, the photos confirm that the U Ultra adopts a very curvy aesthetic.

We also get to see what is likely going to be the entire color range for the HTC U Ultra. The finishes appear to be white, blue, black and pink or rose gold. 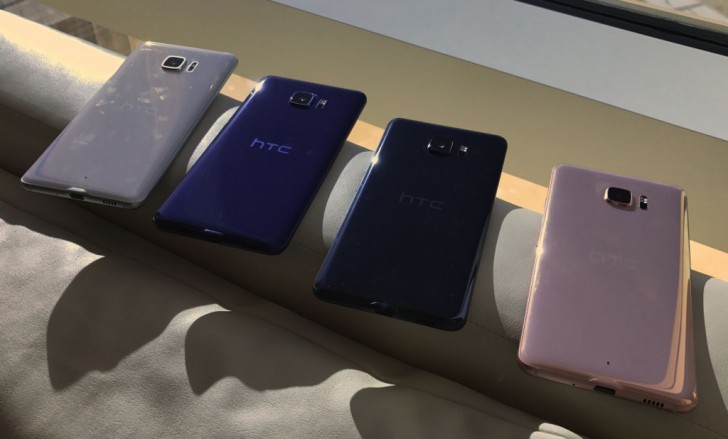 Just to reiterate some of the other alleged specs on the U Ultra - 4GB of RAM and 64GB of storage. The brand new 10nm Snapdragon 835 should be a part of the mix as well. If HTC manages to pull this off, it will outmaneuver both Samsung and LG, as far as timing is concerned. Other notable aspect of the HTC U Ultra should include a 4,000 mAh battery and a 16MP selfie snapper. 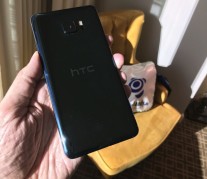 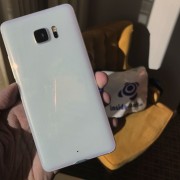 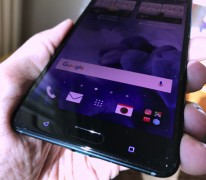 However, there are also a couple of things from the earlier leak that don't fit with these photos. For one, the pictures clearly show a single main camera on the back. Also, if the fingerprint reader is indeed on the back that would mean it is somehow fitted inside the small panel underneath the dual-LED flash arrangement, which seems quite unlikely. The module in question is probably a laser focus system, leaving only the home button as a suitable mounting point for the fingerprint reader.

This doesn't look like a 6 inch screen at all. Moreover SD 835 not yet released .? I seriously hope this is not the 2017 flagship. Btw my galaxy note 5 looks better than this. Iam a HTC fan but hate to say it, they are going is wrong direction.