HTC unleashes Desire 816 and Desire 610 in the mid-range

HTC’s press event at the MWC pulled the curtain on two new midrange smartphones named Desire 816 and Desire 610. The Desire 816 will be taking charge of the company’s updated midrange lineup, with the latter serving as the more compact alternative.

The latest addition to the Desire club measures 156.6 x 78.7 x 7.99mm and weighs about 165g. The Desire 816 looks a lot like the company's flagship smartphone, the HTC One. With the new device, HTC is looking to offer an extremely competitive device at an affordable price point.

HTC's new midrange phablet has a 5.5” screen with a resolution of 720 x 1280 pixels. The Desire 816 is powered by a Qualcomm Snapdragon 400 processor with a 1.6GHz quad-core CPU and Adreno 305 GPU. The 1.5GB of RAM will allow trouble-free multi-tasking, while the 8GB of internal storage, expandable via microSD, will try and fit in all your content. 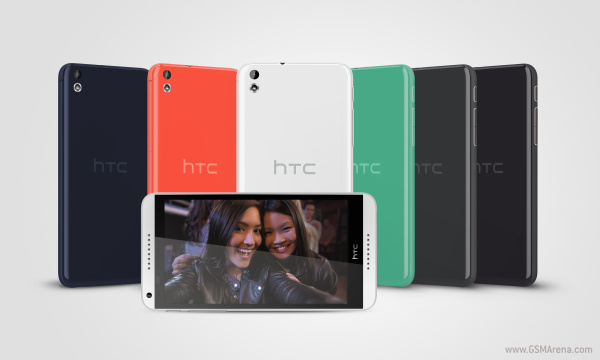 HTC has put a 13MP camera at the back of the device and, with a 5MP front facer, the quality of selfies is bound to rise.

The connectivity options on the Desire 816 include GSM/GPRS/EDGE and WCDMA/HSPA+/4G LTE. Bluetooth 4.0 and Wi-Fi 802.11 b/g/n with Wi-Fi Direct are also on board.

HTC's latest phablet comes with Sense 5.5 out of the box and the device is powered by a 2,600mAh battery. The Desire 816 will be up for grabs in black, white, orange, mild green, dark blue and grey color options when it hits the stores in April.

The Desire 610 comes with a more compact 4.7-inch qHD display. Under the hood, there is a Snapdragon 400 processor with four Kraits running at 1.2 GHz, 1GB of RAM and 8GB of internal memory, which can be expanded up to 64GB via a microSD card. 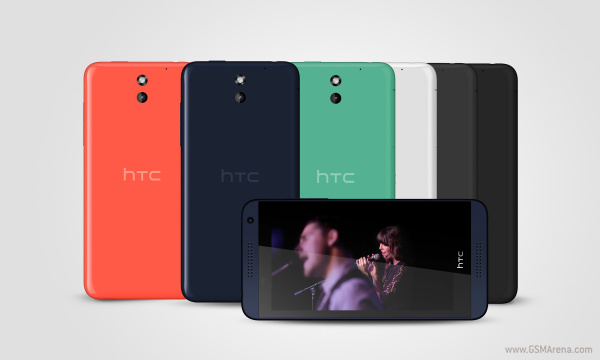 There’s an 8 megapixel rear camera with LED flash and a 1.3 megapixel front facing unit. As usual, there is a wide range of connectivity options, including support for 4G LTE networks.

The HTC Desire 610 runs on Android Jelly Bean with the company's proprietary Sense UI and packs a 2,040mAh battery. The smartphone will be available across Europe in May.

I agree,, htc probably didn't do that before,, look at the name of previous htc devices like htc wildlife, htc sensation, htc incredible, htc legend, htc butterfly etc etc. Htc desire name is also well but placing digits in last is now too much. T...