HTC Ville to be only 8mm thick, to become thinnest HTC phone

HTC have some interesting droids in the pipeline and we get to glean some specs from occasional leaks. Now we've learned a new detail about the rumored HTC Ville droid - it will be HTC's thinnest phone to date with an 8mm thin waistline.

The thinnest current HTCs are at just under the 10mm mark, so the newcomer will have them easily beat. There's no indication that the HTC Ville will dethrone the Motorola RAZR but from the leaked images it looks like it will have a metal back and will have more uniform thickness than the Moto. 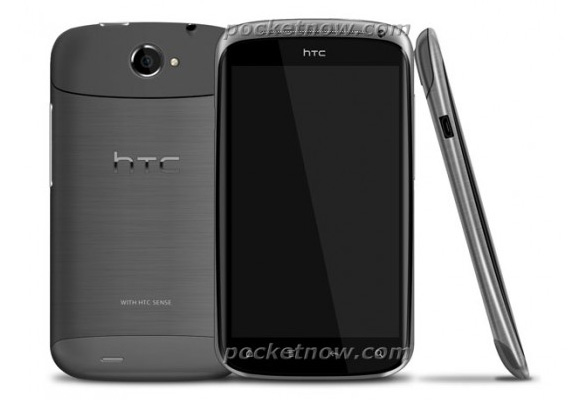 Anyway, the Ville is slated to use Snapdragon's new S4 chipsets with dual-core CPUs at 1.5GHz, unlike its quad-core compatriots in the rumor mill (the HTC Edge and HTC Zeta). It will use a 4.3" qHD SuperAMOLED screen, probably the same as the one on the Motorola RAZR.

The HTC Ville is most likely to be unveiled at the Mobile World Congress and we should see it running Android 4.0 Ice Cream Sandwich with Sense UI version 4.0. It will pack Beats Audio too, like all recent high-end Androids from HTC.

We heard some more specs on the Ville earlier this month, like 8MP camera with 1080p video recording and a few other specs.

When it comes to build quality HTC's the best.

There is nothing that anyone can say about design that should not begin with "in my humble opinion." Some of us like the desing of Samsung and HTC. I gues that's why they are outselling iphone in the US.

I think you'll see that design will be the main battle ground for 2012... Specs are now levelling out... You'll get the phones with 2ghz dual core or whatever, larger memory... But ultimately... Specs-wise - what more do you need than b...