Last week AT&T announced the HTC Vivid and Samsung Galaxy S II Skyrocket for its newly developed high-speed LTE network. And now those LTE beasts are on sale on the carriers website with special online discounts. 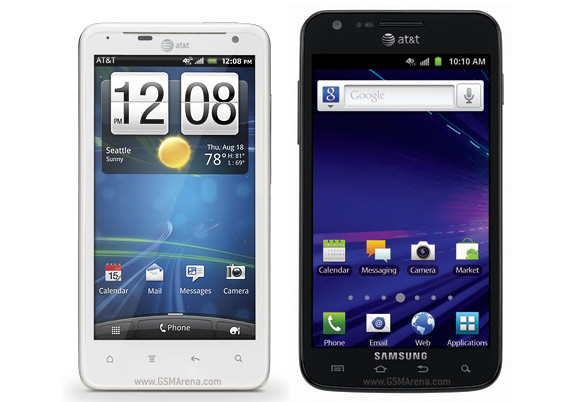 There's another good piece of news. AT&T has also confirmed that both LTE devices will get Ice Cream Sandwich in the first months of next year. The exact date is yet unclear as Google has to roll-out the OS to manufacturers to develop for their devices and then they need to pass the ball to carriers for further testing and release.

Oh, and about the special online discounts, the Skyrocket, which features 4.5-inch Super AMOLED Plus display and 1.5GHz dual-core CPU and a gig of RAM, will set you back $150 with a two-year contract. The HTC Vivid, with its 4.5-inch qHD display, 1.2GHz dual-core chip and 8MP 1080p recording rear camera will cost you just $99, again with a lengthy two-year plan.

When can i update my OS to ICS on my Skyrocket? When is the updates being released??

I guess iOS user? Can I remind you that you never had suport? :D Yes - Adobe moved to HTML5 with rest of the world and will support that, so no loss ;)

i want the exact price and where it avaliable if uuu fin d it plz send to my mailid mahamkalikiran@gmail.com