September just got even busier, people. HTC has announced its own event in New York City on September 19th, thus joining the likes of Nokia, Motorola, and Apple as yet another major player to announce a hot new product this month. 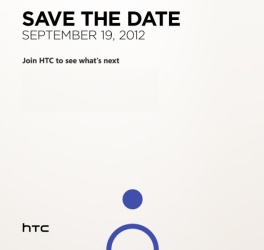 Currently, there's no information on what is about to break cover. Our guesses range from a Windows Phone 8 handset, through a 10" tablet, all the way to a proper Android flagship. More than one product being announced is also likely given how quiet HTC has been recently.

In any case, we will be covering the event live from the spot, so you'll get the full scoop as soon as we get it. Be sure to stick around to find out.

That's what we all want :D

we wouldn't know if HTC will make a big comeback after releasing their One series with the new devices they're about to share with us. i just hope though that if its an android that HTC will release, i am crossing my fingers for them to stick to Krai...