HTC's Windows Phone 8X and 8S devices have been priced in the UK and the more interesting of the two has even gone as far as pre-order stage on AT&T in the US. We've heard about a beginning of November release but it's only now that we get specific dates on the duo market availability. 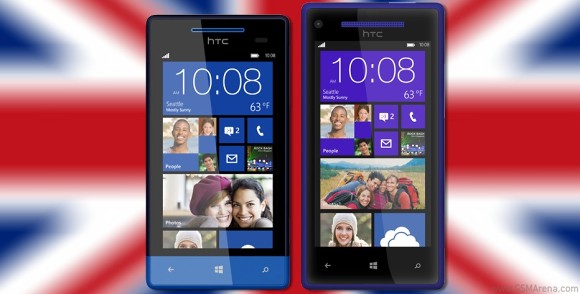 So it's a fair assumption we'll see the two WP8 smartphones being globally rolled out around the same dates.

The Winows Phone 8X has a 4.3" 720p S-LCD2 at the front, an S4 chipset with two Krait CPU cores, an 8 MP bright f/2.0 wide-angle shooter on the back and runs the latest version of the Microsoft mobile platform. Clove has the device priced £399.98. The Windows Phone 8S packs a less impressive specs sheet, featuring a 4" WVGA screen, lower-clocked Krait-powered processor and 5 MP camera, but adds expandable storage to the mix. It costs £224.99 at Clove.

thats some funny sh*t dude, your quad core android can hide next to any windows or ios phone