An alleged press photo of the HTC Zara has leaked courtesy of evleaks, complete with a set of specifications that reveal the phone's mid-range nature. 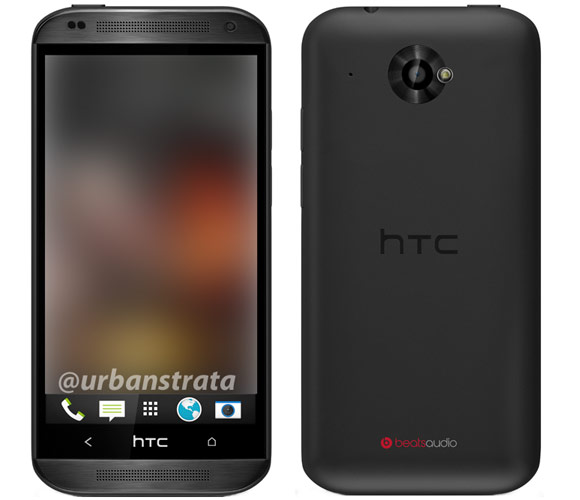 According to the leak, the HTC Zara will be powered by the Qualcomm Snapdragon MSM8930 chipset with two Krait CPU cores running at 1.2GHz, 1GB of RAM and an Adreno 305 GPU. Internal memory is just 8GB, but is expandable via the onboard microSD card slot.

At the back, there's an 8MP camera with LED flash. While its video recording capabilities aren't mentioned, it should support 1080p video recording. Below the battery cover sits a 2100mAh battery.

It should be enough powering the 4.5" display (probably of the Super LCD2 variety) of qHD resolution. HTC Zara is the second phone we hear of that's going to launch with the updated Sense 5.5 user interface running on top of Android 4.3 Jelly Bean. The HTC One Max is going to debut with the company's updated UI.

Judging from the leaked photo, the HTC Zara is featuring the same capacitive button arrangement as the HTC One, HTC One mini and HTC Desire 600 dual sim. It has the same BoomSound speakers on the top and bottom of the phone. The back of the phone appears to be made from nice matte plastic, which looks rather nice.

There's no information when we should expect the HTC Zara to be announced. An educated guess would be that HTC is going to make it official in September alongside the HTC One Max.

3 yerars old device with some makeup. HTC sensation with 0.2" bigger display, ultrapixel software, and better battery, that will cost 300-350e all that except +0.2" sensation owners can upgrade with custom rom and anker battery for hm.....

Based on HTC habits, it likely will be overpriced.