In a similar fashion to his peer from Huawei, HTC's chairman Peter Chou showed off the yet to be revealed M7 flagship during the company's year end party in Taipei, Taiwan. Mr. Chou also confirmed the smartphone's name quite originally - by repeatedly screaming it. 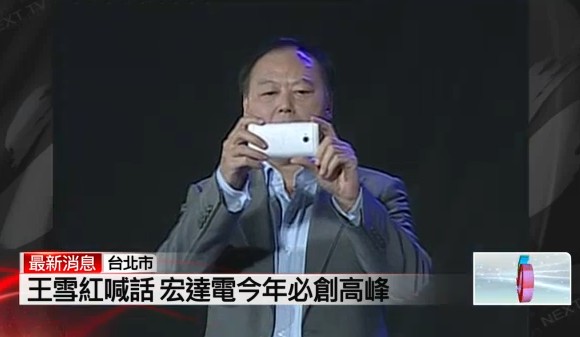 The smartphone makes a brief appearance while HTC's chairman took some pictures of the gathered crowd. Sadly, we could not see much of the device, save for its white back cover.

Here's the video of Peter Chou screaming the M7 name. Given his enthusiasm, we are all but certain that the upcoming HTC flagship will indeed be special.

HTC will take the cover off the M7 at an event in NYC on February 19. We will be live from the spot, so be sure to stick around for the full scoop on the device.

i love htc flyer, i wish there a new one with quad core and more slim, then let all other options specially the stylus , i love it