Perhaps it's no surprise that the latest flagship phones from Huawei and Honor will get the next version of EMUI based on Android Q before the rest of the phones in their portfolio.

However, Huawei just promised on Weibo that the Huawei P30-series, Mate 20-series, Honor View 20 and Magic 2 will get Android Q coupled with the next version of EMUI "immediately after Google officially releases the stable version for its Pixel phones". 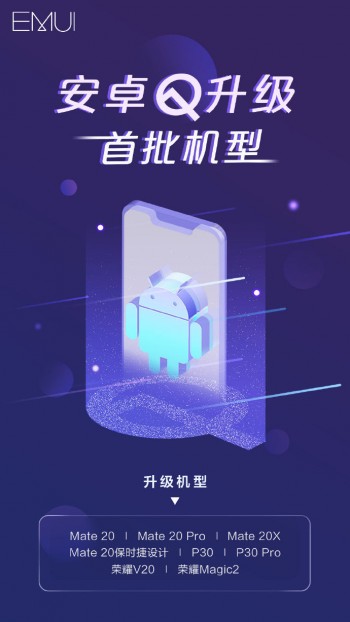 That's a big promise to deliver, especially when you consider the fact that EMUI is highly customized and it's far from the vanilla Android experience. But it will surely adopt some of the intrinsic Android Q features on top of its own EMUI functionalities.

you don't any things about software. you don't know how powerful software is. low end hardware can be manipulated through software's us programmers can do that and our software ideas and knowledge don't need to spend money. try to have fun with your ...

Those 2 are also made by Huawei.

Agreed. I'm done with only 2 years of updates. 3 should be the minimum