Huawei published its results for the first half of 2017, and the numbers certainly look promising - 73 million shipped phones for six months and 36% increase in revenue YoY. 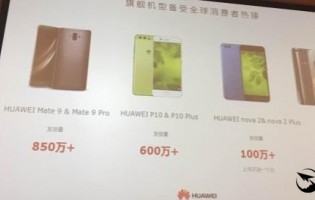 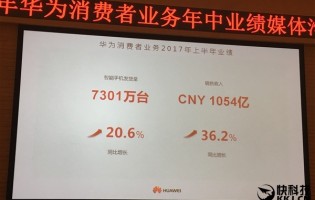 A breakdown of smartphone shipments reveals 8.5 million Huawei Mate 9 and Huawei Mate 9 Pro units were moved. At second come the P10 and the P10 Plus with 6 million shipments. The one-month old Honor 9 already reached 1 million sales.

Compared with the same period last year, shipped smartphones grew 20.6%, while the revenue is now CNY105.4 billion, or about $15.4 billion. Huawei Consumer Business CEO stated the numbers are not satisfactory though. The company aims to achieve a market share of somewhere around 30-40% in China (currently 22.1%) in the next three years.

As a matter of fact this goal of attaining about 30-40 percent of Chinese market share is achievable but through only one way. You have to do good midrange phones as the Oppo and Xiaomi do and price them around the same price tag. then you can achiev...

As a salesperson for Huawei the incentives to sell this device over Samsung and Apple are definitly there but from whative heard from other Huawei employees the Chinese are quite tight with their money and don't want to invest unless they are guarant...