A new Huawei phablet, the Ascend GX1, got leaked just a few days ago. And today it became official, as the Chinese company introduced it for its home market.

The Ascend GX1 is a midrange offering, but it comes with one obvious differentiating factor compared to its competition - very, very small lateral bezels which make for an 80.5% screen-to-body ratio. That's quite impressive, especially for a device that isn't a flagship. 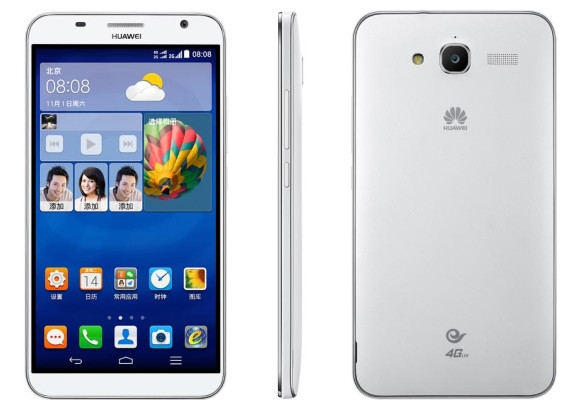 The phablet comes with a 6-inch 720p IPS touchscreen, an 8 MP rear camera with LED flash, and a 2 MP front-facing snapper. It's powered by a 64-bit Qualcomm Snapdragon 410 chipset with a 1.2 GHz quad-core CPU, aided by 1GB of RAM. On board we can find 8GB of expandable storage, as well as support for 4G LTE networks, Wi-Fi, Bluetooth, NFC, dual-SIM functionality, and a 3,500 mAh battery.

The Ascend GX1 is already up for grabs in China from Huawei's official online store. The price has been set at CNY 1,590 (that's around $255 or €209). The company hasn't announced whether we'll see the GX1 making its way to other countries or not.

They better remove bezels totally. By the way, we hate bezels...in all sides