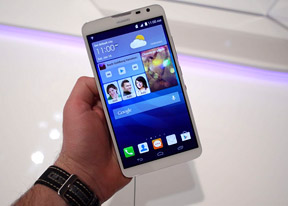 Huawei has just unveiled its new Ascend Mate 2 phablet here at CES 2014, and we've got all the juicy details for you to sink your teeth into.

The changes are mostly cosmetic with this second generation, as Huawei has managed to squeeze in the same 6.1" 720p screen, 2GB of RAM, and 4050 mAh battery into a package that cuts 2.5mm in height, 1mm in width, and is 0.4mm thinner.

Here are the specs at-a-glance:

Huawei has decided to opt out of the home-grown K3V2 chipset for this latest iteration, going for a Snapdragon 400 SoC instead. Imaging has been upgraded as well, with the Mate 2 sporting a 13MP Sony-made primary cam and a 5MP front-facer.

Last but not least, the memory has been doubled to 16GB, and there's a 4G LTE antenna with support for a plethora of both TDD-LTE and FDE-LTE bands. This latter feature Huawei hopes will help market the phablet in the North American market. 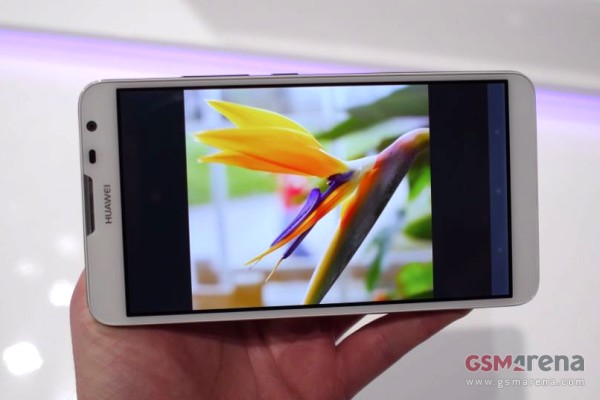 Up next we've got our first impressions as well as hands-on images of the device.

Its best of all