Huawei's upcoming phablet, the Huawei Ascend Mate 7, has passed through TENAA and left a cache of specifications. The Mate 7 is the successor to the Mate2 and has a 6" screen (so where did the 7 come from?).

That's impressive considering that Huawei has replaced the plastic back of the Mate2 with an aluminum plate, which makes the Ascend Mate 7 look like the HTC One Max. The fingerprint sensor beneath the camera makes the similarity even greater. 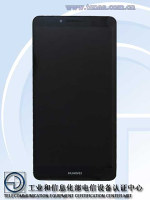 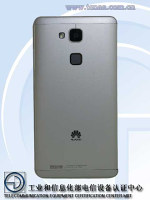 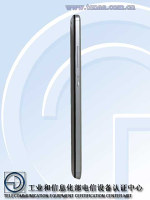 Anyway, the Mate 7 will leave the mid-range chipsets of its predecessors in favor of the HiSilicon Kirin 920. It has an octa-core big.LITTLE processor with four Cortex-A7 and four Cortex-A15 cores plus 2GB of RAM (3GB option was spotted in AnTuTu). The phablet runs Android 4.4.2 KitKat will likely feature the latest Emotion UI.

The main camera is a 13MP shooter with a single-LED flash and there's a 5MP selfie camera. The main camera records 1080p video. There's 16GB of built-in storage and a microSD card slot to add up to 128GB more.

The Huawei Ascend Mate 7 will be available in Black, White and Gold. TENAA certified two versions though both seem aimed at Chinese carriers. There should be an international version too and if Huawei's teaser is to be believed it will support LTE Cat. 6.

yup, huawei took the no 1 place in copying, this is just pathetic

Are they really sure they want to release a phone which clearly has the exact same look as a competitor? They got away with the P series but in this case the similarity is too big!

How do you know there will be an international version? Loving my ascend mate 2.