The Ascend P2 from Huawei has leaked once again. This time around, GizChina has captured the rear of the device where you'll see a '13.0 FHD' label under the camera sensor, alongside a dual-LED flash, which confirms that Huawei's upcoming flagship will indeed be joining the 13MP club. 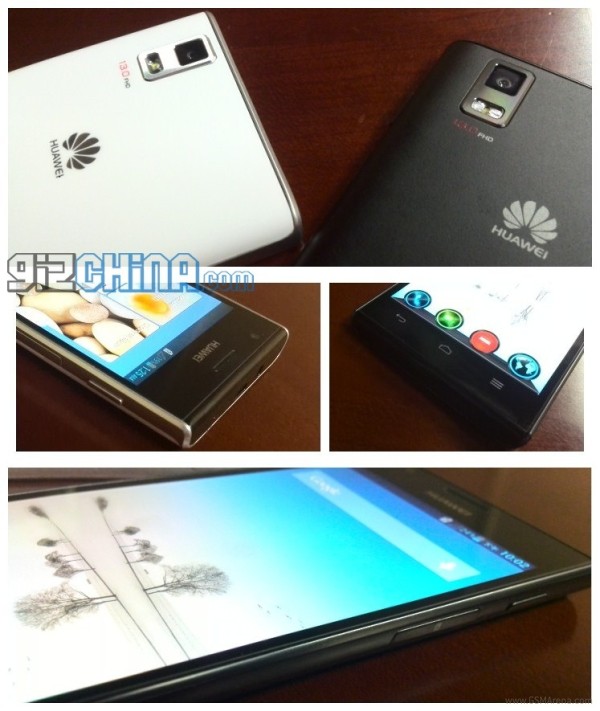 Besides revealing a new white color scheme, the images show a 3.5mm audio jack up top, as well as a power button and volume rocker on the right, and the usual capacitive Android keys below the display.

As before, the P2 is said to sport a 4.7-inch 1080p display, which has become the norm for flagships in this day and age, alongside a quad-core 1.8GHz processor, 2GB of RAM, a beefy 3000 mAh battery, and Jelly Bean OS. They've also specified both 8 or 16GB variants, but no word yet on whether that's expandable via microSD.

Huawei is expected to announce the Ascend P2 at MWC in Barcelona on Sunday, so be sure to check back with us then for all your Huawei news, live photos and first-hand impressions.

I think the problem with these companies is only, updates will come when pigs fly, otherwise, rest all features are good to compete with giants

the prise is important-if is almoust like samsung-no way to buy it.and will see display-old huawei p1 had bad display with blue-purple colors with big saturiathion.