The Huawei Ascend P7 has had trouble staying a secret with leaks of its its back panel and specs circulating the web.

And now to add even more details to the picture we have two spy shots from China's Weibo network. They show a prototype serving internal testing duties for Huawei that awfully looks like the Ascend P7. 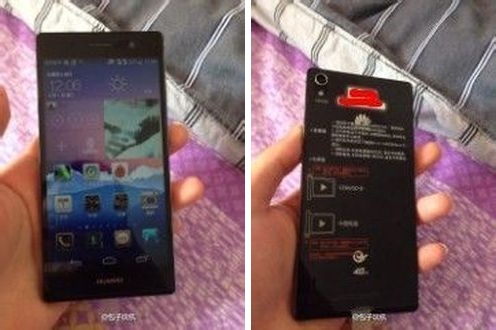 There were no details given aside from the bit that the device is meant for internal testing. And as the images are very low on detail we can't really make out the text on the back. The OS looks to be EmotionUI (the P7 is rumored to sport version 2.0).

Thankfully the image above doesn't look like previously leaked renders.

its upsettign that it doesnt have the round edge at the bottom :(

Kitkat was released in BETA form, and a bit later on it was officially released.