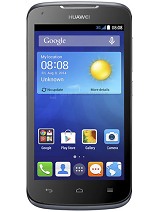 I get nostalgic looking at this phone hahaha, der

i got this as a birthday gift . a year later it is f*****g brocken , ive had to root it to fix it and still it hasn't been fixed (if anybody could give me the keyguard apk and odex file i would really appreciate it!) and the build quality is terrible !

Gerrard, 15 Jan 2016Awesome phone,but i have a one question:this phone supports Android 5.0?nope, there's no update. what's worse i can't find a single custom rom for it on the whole web so i'd rethink buying this phone if you're not satisfied with stock kit kat ;_;

Awesome phone,but i have a one question:this phone supports Android 5.0?

sajan, 26 Dec 2015if any one knows , Y520 have any radiation problems? of if compare with Lenova or other phone ... moreEvery phone emits radio waves (radiation), instead of comparing wich one does it the most you would be better of limiting the time spent on using such devices.

Have a great day pal!

if any one knows , Y520 have any radiation problems? of if compare with Lenova or other phone , this is better or ???

Has anyone rooted this phone ? Is it safe to do it and what tool?

Can this phone be rooted? If so with what?
Thank you!

Really Huawei supplies a 1750mAh battery instead of 1950mAh as expected. It seems very irregular and unfair.

- This device has HDR mode in camera and works fine?? I readed in other model Y550 doesnt work..
- How much disk free for user from 4 Gb??
- The menu of apps is like original of android (i see button central apps of image) or its emotion of huawei??

Bought one today. Well, for a dual-sim with 5Mp Camera and a 4.5'' screen it's a good price. Mine came out of the box with android 4.4 :) and with 1GB of ram could be a good signal to be elegible for Android 5.

The phone itself it's not very robust, the back case is too weak, but the screen overall it's good (for a low end device), and handle well (for now).

I know there are better phones for lower price, but if u want a dualsim with a decent screen size, this fits in and it's a new model(2015) with kitkat out of the box.. There aren't many Android dual-sim for less than 100$ with android 4.4. It's a plus in my opinion. But it's true, for more 20$ or 30$ you could have a better dualsim android or even windows phone, it all depends on what you want to pay.

I Own an Y300 and they never updated it to Kit Kat. Reading the full specs of this Y540, the Y300 is very capable of moving the KITKAT version. Seems like they dont care about having satisfied their customers.... so anymore I will own a new one.

At this price range I'd rather go with the Lumia 532. It has a quad-core processor and 8GB of internal storage and it will recieve the Windows 10 update.

Nice little budget handset,trouble they never update there phones,and for the price theres better,infact alot better with better specs even older models from all sellers are coming down in price .so shop around ppl !