Huawei devices to start getting Lollipop next month

Huawei is one of the companies lagging behind in the roll out of the Android 5.0 Lollipop update. Yet the Chinese company is bringing some good news now, as it has put up a list of smartphones pegged to get the Lollipop update starting next month. Of course, the updates will be rolled out in phases. 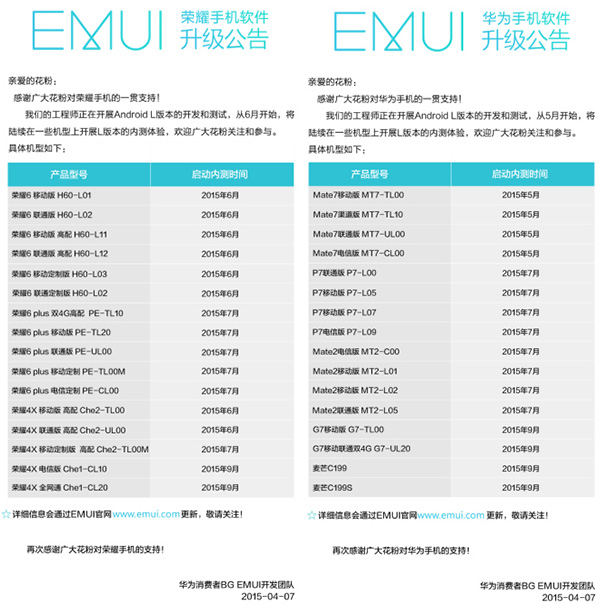 The Ascend Mate7 will be the first to get Lollipop, followed by the Ascend P7 and Ascend Mate 2. There are some devices which will be upgraded directly to Lollipop from current Jelly Bean state.

Plz give system update to lollipop or 4.4.4 at least plzzz My next phone will also be honor if yo do this because I even use honor bee