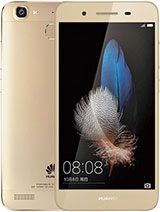 When is this phone coming out ?

The best thing about this phone is the finger print sensor. The capacity of the battery is only 2200 mAh which is not so good for a 5.0'' inch phone. Overall I liked the phone and probably will be my next phone.

any news about its release date in middle east ?

Hey Huawei, we stop enjoy 5s already. It is time to enjoy 6s. Got it ?

If it release with minimum of 3000 mah battery... Will win the market n heart of customers

Everything is good except the battery capacity.

Incredible,,, but battery timing not a good enough???

Is it also known as P1?,from PEPSI company.