Huawei FreeBuds 3i are truly wireless and have active noise cancellation for £89.99

Huawei has unveiled the FreeBuds 3i for European markets today. These are truly wireless Bluetooth earbuds with active noise cancellation built-in. That instantly makes them compete head to head with Apple's AirPods Pro. And when you look at the design of the FreeBuds 3i, that point will be fully driven home. The AirPods have clearly served as inspiration here, but let's not let that get in the way. 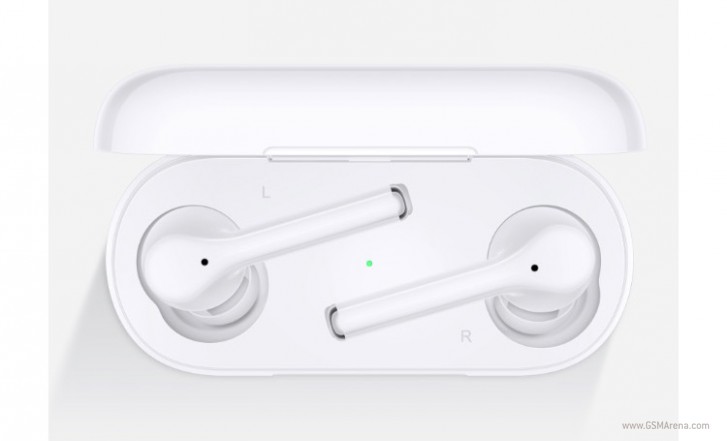 The FreeBuds 3i each feature a 3-mic system, of which two mics are outward-facing, and one is inward-facing. The former pick up your voice, the latter receives your voice conducted inside your ears to enhance call quality. In this respect, they are similar to Samsung's Galaxy Buds+.

However, they're cheaper than those 'buds, and add in active noise cancellation of up to 32dB. You do pay for that in battery life though. On their own, the FreeBuds 3i will only last you 3 and a half hours on a charge if you listen to music, and that drops to 2.5 hours for calls. Luckily the case adds 14.5 hours of music listening or 10.5 hours of talk time on top of that. Charging time is around one hour for the earbuds in the case, and 115 minutes for the case itself. 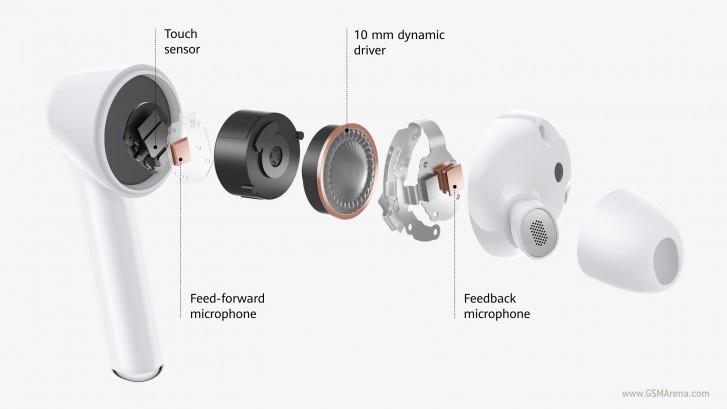 The control scheme involves taps on either 'bud - a long tap turns ANC on or off, a double tap plays/pauses music and answers/ends calls. You get 4 silicone tip sizes in the box, and 10mm dynamic drivers in the 'buds. The earbuds have IPX4 water resistance.

The FreeBuds 3i go on sale in the UK in Ceramic White from the Huawei Store on May 20, priced at £89.99. They will then be available at select third party retailers on June 17, alongside the Carbon Black colorway.