Huawei is working on a new midrange smartphone, which it will launch at least on the Chinese market. The G628 may make it to other countries as the Ascend G628, but nothing's certain just yet.

The phone comes with less than stellar specs, but it does stand out in one regard. This will be the first Huawei device to use a 64-bit chipset from MediaTek, namely the MT6752. Unfortunately though, it's set to run Android 4.4 KitKat, which simply can't take advantage of the 64-bit support - the first version to do that is 5.0 Lollipop. So unless Huawei will update the G628 to Lollipop at some point in the future (which seems unlikely), "64-bit" will be nothing but a meaningless buzzword in this case. 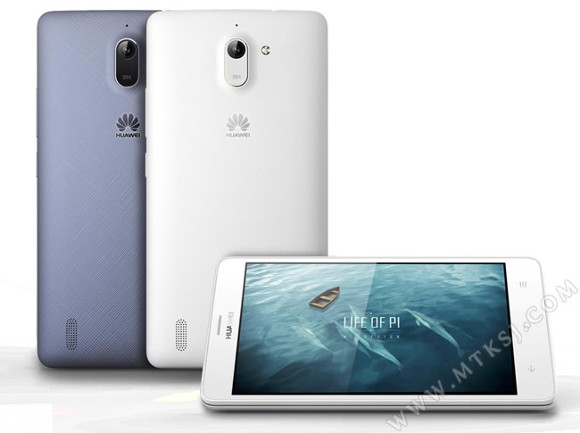 Dual-SIM support is baked in, though the initially released model looks like it will be destined for China Mobile, since it supports TD-LTE and TD-SCDMA networks, which the aforementioned carrier operates.

Huawei's Emotion UI 2.3 which sits on top of Android 4.4 KitKat comes with some new features, such as a "child mode" as well as ultra power saving mode.

The A53 cores by virtue of being ARMv8 will still provide substantial performance gains even though the device is running a 32-bit OS. This exactly mirrored how the PC industry did things for years before the mass migration to Windows 7. Before that ...

Samsung is doing the same and is using Qualcomm (both low- and high-end) and in the past also Broadcom, ST Ericsson, TI etc.

Here you have lots and lots of updates from Huawei: http://www.emui.com/plugin.php?id=hwdownload