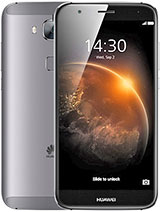 Dearest gsmArena friendr and followers.G7 plus is an upper ascending midrange quality in design,features and qualities but too far from qualities of Ascend mate8!!?Instead of Snapdragon615,it could have used 616 for much more better results like chinse native users....But if the price is just and affordabe,it could have much wore sucess with such good qualities,especially an incredible promise of of upgrading to google android 6 Marshmallow plus FHD and almost complete WALN etc.in the crowdest upper midrangers of nowadays!!Of course gsm complete review discloses many unknowns with its perfect amazing labs!!Unfortunately Huvawi does not have a powerful strong answerable public relations to share and answer its knowledge!!!?More hopes+gsm success+Huavie more ascends but no more ups and downs++++hiding waln details in g750!!?Thanks all+Justice Rights++++much better news....

Anonymous, 10 Dec 2015Plz give me suggestion... should I buy p8 lite or g7 plus? Which one is better ? Hi, overall the g7 plus it´s better. If you want to spend little money i recommend you the p8 lite

Plz give me suggestion... should I buy p8 lite or g7 plus? Which one is better ?

Anyone knows what LTE bands do it support and where to buy?

This time Huawei has shown some real attitude with their brand new handset, G7 Plus. The set performance is awesome. The best part is less heat generation and unbelievable battery backup. And also the touch is so smooth and sensitive. And nevertheless, I feel good when I take the phone in my hand. Kudos to Huawei!!!

I bought it nearly two months. I like it so much.
Awesome phone with suitable price.

shareef, 23 Nov 2015Have this phone. NOT impressed. Camera is good but also temperamental, occasionally poor shots... moreme too!!

Have this phone. NOT impressed. Camera is good but also temperamental, occasionally poor shots. Battery life is not great. It is very laggy. Regret this very very much. Should have waited for Mate 8.

I what this mobile

Anonymous, 18 Nov 2015Sorry to say you buy a fake phoneThat means they are selling fake phones on their official online store there!

forget about it. In thist price u will get mi4c or oneplus one or asus zenfone 2 4/32

AnonD-458606, 18 Nov 2015Stores (almost all) around the world.I mean in which countries? Because in Pakistan, it is still not available..

Total of 172 user reviews and opinions for Huawei G7 Plus.
ADVERTISEMENTS