Huawei has made a PC powered by its own silicon as well, a HiSilicon-designed ARM CPU

Apple is not the only company working on computers powered by in-house silicon – Huawei is too. This is part of a larger project in China to wean itself off Western technology reliance.

Details and photos of the MateStation B515 have surfaced, a desktop computer that will be sold to the government and corporations first, before making it available to the population at large. As such, this needs to be an expandable high-performance device. 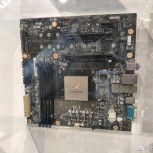 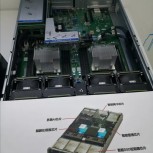 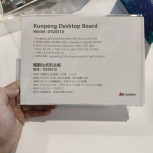 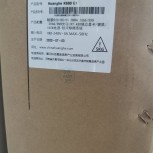 Interestingly, it’s powered by an ARM chip, the Kunpeng 920 (D920S10). It was developed by HiSilicon and fabbed by TSMC on a 7nm process. The processors used in the MateStation will have four or eight cores clocked at 2.6 GHz (the top Kunpeng 920 chips can have 64 cores and 180W TDP, but those are for other projects).

Unlike Apple, Huawei is using standard components for the rest of the computer. There are four UDIMM slots supporting up to 64 GB of DDR4-2400 RAM. Up to six SATA 3.0 drives can be connected for mass storage, plus two M.2 SSDs.

That already makes the MateStation much more flexible than the M1 Macs, which is practically a requirement for an office PC. Huawei has picked a standard AMD R7 Radeon 430 GPU, further expansion is possible as the motherboard has several PCIe 3.0 slots – one x16, one x4 and one x1. There are also four USB 3.0 and four USB 2.0 ports, plus two NICs for gigabit Ethernet.

One configuration was photographed with an 8-core CPU, 8GB of RAM, a 256GB SSD, a DVD drive, the R7 430 GPU and a 180W power brick. There’s no word on pricing yet as these will be ordered in bulk first. It’s not clear what OS is used either, most likely a local Linux distribution.

That's Xiaomi. They sell not only phones, but literally everything - electric scooters, TVs, toothbrushes, vacuum cleaners or air humindifiers.

I want to buy one just to do gaming benchmarks, if the games even boot with ARM! XD