The Honor 6's gallery app hasn't seen much change since the Jelly Bean version. As there is no dedicated video player, it's also used to play videos.

You can also go into a more capable editor, which is one of the most full-featured we've seen. Huawei did a great job including light and exposure adjustments (so you can bring out the detail in the shadows or bring back the highlights), effects, color styles, red eye correction, straightening a photo, sharpening and face glow (which detects faces automatically). You can also write on images, add borders, and even adjust advanced photo manipulation settings like curves for individual color channels.

The image editor is one of the more capable we've seen

When it came to playing videos, the codec support was adequate. On the upside you get DivX, MKV and WMV support, as well as MOV files (a rarity for Android devices), but on the downside video files with AC3 audio played without a sound. Lack of AC3 support is fairly common, though, so the Honor 6 is not alone on this list.

Subtitle support had its issues, as foreign language subtitles showed odd characters, and you couldn't choose from a selection of subtitles to play if you had more than one - it just launched the first subtitle file it came across in the same directory as the movie.

Otherwise, all you really get in terms of options is play/pause and a slider to scrub through the video.

The Honor 6 comes with Huawei's custom music player app that debuted on the Ascend P6. It offers four default playlists dedicated to your mood, but you'll have to assign songs to the mood playlists manually. There are also All songs, Playlists, Albums, Artist and Folders views.

The Now Playing screen is pretty standard, it offers album art and lyrics, and quick shortcuts to add a particular song to one of your mood playlists. You can toggle Dolby Mobile by tapping the icon on the top right, but there are no additional equalizer presets or custom equalizer settings.

Playing a song results in quick controls on the lockscreen and in the notification area.

Music controls on the lockscreen and notification area

The Huawei Honor 6 has a built-in FM radio receiver. It can play through the headset or the loudspeaker, but you'll need to have a headset plugged in at all times as it serves as an antenna. And since a headset is not provided in the retail box, you can't actually use the FM radio from the get go.

We were also disappointed as there is no RDS support - you'll have to name your radio stations by hand.

The Huawei Honor 6 did very well in the active external amplifier part of our audio test. The smartphone delivered spotlessly clean output, scoring excellently all over the chart. Volume levels were only average but that's not too bad for a mid-ranger.

With headphones on, you get some deterioration in stereo quality as well as undetectable to a naked ear intermodulation distortion. Overall it's still a very good performance, and one solidified by the lack of drop in the volume levels.

And here go the results so you can see the details for yourselves. 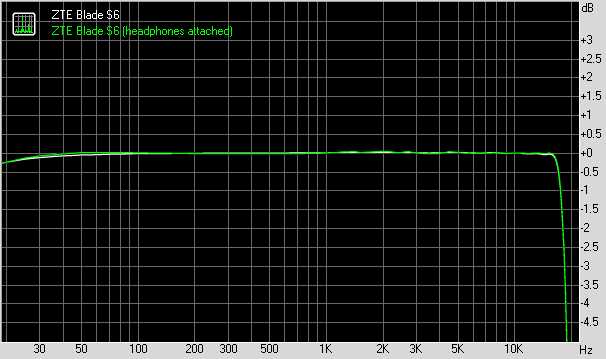