The Honor 9 is a flagship phone masquerading as a mid-range device. Curious about what makes it tick? MyFixGuide took one apart and revealed several interesting tidbits.

Curiously, the phone has no external screws – the back panel is held in place entirely by glue. Screws do make an appearance in the interior of the handset, but that doesn’t mean there’s no more glue – you can change just about everything, as long as you can get through the glue/sticky tape. 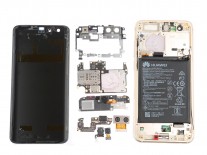 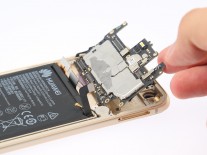 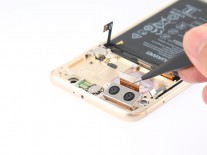 The Honor 9, disassembled • Lifting the motherboard • Disconnecting the dual camera

Some interesting observations. The USB-C port on the bottom has a rubber grommet, keeping water out (officially, the Huawei Honor 9 isn’t even splash proof). For improved thermals, there’s thermal paste over the chipset and a graphite sheet on the back to spread out the heat. Also, there are plenty of HiSilicon chips inside the device besides the chipset (this is Huawei’s own chip maker).

Hit the source link to see the whole disassembly step by step – hopefully, you’ll read it out of curiosity rather than necessity.

I have owned an honor 7 and I have just got a new Honor 9 fantastic phones and no problem with them.

Have You ever owned Skoda? Those are great cars, especially latest Superb or R!

Ah I have a doubt . How will this glue fone be meant for long term usage ? Atleast 2 years ?