As expected, Huawei has unveiled the Honor Holly 2 Plus, which is the successor to the Chinese company's Honor Holly from 2014. The Holly 2 Plus is powered by a 64-bit MediaTek MT6735P SoC with quad-core CPU and Mali 720 GPU, and sports a 5-inch HD IPS display. 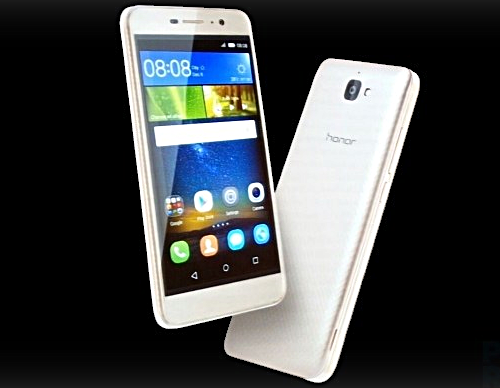 It has 2GB RAM and 16GB internal memory, which can be expanded up to 128GB via microSD slot. In terms of camera, the handset features a 13MP rear unit and a 5MP front shooter. There's a 4,000mAh battery to keep the lights on.

Featuring textured design on its back and a polycarbonate body, the Holly 2 Plus offers dual-SIM functionality. Connectivity options include 4G LTE, Wi-Fi, Bluetooth, GPS/A-GPS/GLONASS, and MicroUSB. The device also supports CDMA network. Those purchasing the device will get 15 months manufacturer warranty and 30 days of display replacement for free.

The phone was unveiled today at an ongoing event in the Indian capital of New Delhi. There's currently no information on its price (said to be under INR 10,000 or $145) and availability, but we'll update this post as soon as we hear something. Alongside the Holly 2 Plus, Huawei also launched the Honor 5X in India.

Does it support USB OTG ?

Is it having VoLTE facility?

Is it having VoLTE facility?