Huawei's TalkBand B5's design was revealed in a recent tweet by Evan Blass, but no other details were disclosed at the time. Now, Huawei's official Weibo account confirmed the launch date of the device - July 18. It coincides with the nova 3 smartphone launch on the same date, so we expect them to be showcased at the same venue. 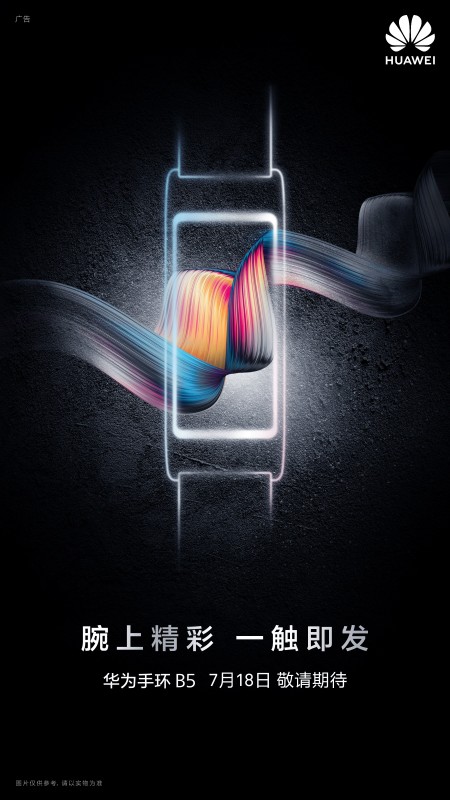 Even though, the device will be announced on July 18, sales will start on July 20 at 13:00. Also, the promo poster suggests that the band will get a bigger and color display - a big upgrade over the smaller monochrome on the TalkBand B3 released back in 2016.

The bracelet will not only double as a Bluetooth headset but will also come with some fitness-related features. We will know the full specs and functionalities once it's released.

This need a renaming. Talkband B5 doesnt sound like a smartwatch. Sound like a name of a carrier or something. "Hey, I'm wearing Talkband. What you got there? Apple Watch?". Lol.