The Huawei Mate 10 Lite runs on EMUI version 5.1 based on the aging Android 7.0 Nougat OS. There is a more recent EMUI 8 with Android Oreo, but for now this ROM is exclusive to the Mate 10 flagship duo. And while the Mate 10 Lite may not be sporting the latest version, it's still quite similar to what the bigger Mates got. 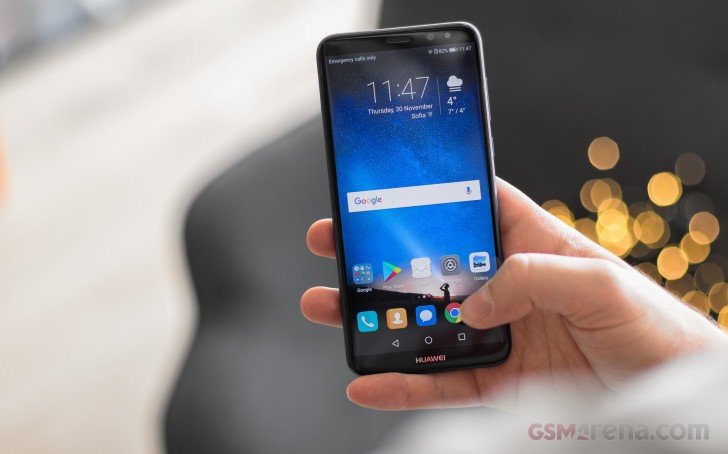 The Magazine unlock style for the lockscreen is here to stay. It greets you with a different wallpaper every time you wake up the device. You can also quickly start the camera by a double press of the Volume Down button, with the option to take a snap right away.

On top of the usual all-apps-on-the-homescreens approach EMUI 5.1 gives you the option to pick the standard Android two-tiered interface with homescreens for your most-used apps and an app drawer for all of them.

App twins for multiple instances of a single application is available on the Mate 10 Lite.

EMUI 5.1 has Theme support, of course. The theme store offers a wide selection and some really artsy options that fit in well with the general high-design image of the Mate 10 Lite. Of course, you can always keep things simple and only customize the wallpaper and possibly transition animations.

The task switcher is rather straightforward, with a Kill All option.

Last, but not least, there is a dedicated menu for controlling crucial permission on a per-app basis. It's a great addition, since you don't want a random app ignoring the system's attempts to optimize its power consumption or drawing over other applications.

While these are options accessible from the settings menu, most of them are also featured in the Phone Manager app. There you'll also find a one-touch optimization button. A virus scanner powered by Avast is on board as well. There are power-saving modes with granular settings, too.

Motion control also plays a significant role on the Mate 10 Lite like it did on previous Huawei models. There are flip gestures, as well as picking up, tilting and even things like knuckle detection and drawing. All of those are extensively customizable to your liking.