Huawei is seeding its Night Shot camera mode to the Huawei Mate 10, Mate 10 Pro and Porsche Design Mate 10 through a software update.

The firmware BLA-L29C 8.0.0.145 is based on Android 8.0 under EMUI 8.0 and should gradually roll out to the phones. The firmware likely carries some bug fixes and optimizations as well. 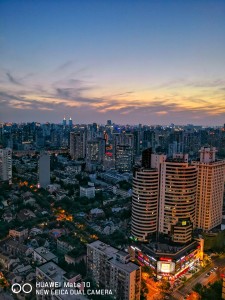 Night Shot on the Huawei Mate 10

Huawei's Night Shot mode premiered on the P20 and P20 Pro and offers a clever way to capture night scenes. It snaps a number of photos and then combines them into a single image with less noise and a brighter exposure.

Night Shot isn't perfect - moving objects (like cars or people) will get blurred, but it's a real game-changer when it comes to low-light smartphone photography.

I'd the night mode update coming to the BLA-A09 version?

Sometimes it pays to control the temptation of doing the upgrade especially if what you have is also a well performing flagship. Will stay with my Mate 10 until I got the Pie. -,-

In this mobile huwaie mate 10, all functions, apps, camera is amazing, etc is very good but only one update need it, i.e. Volte support. It is a big problem that my best of the mobile not support lte