Huawei Mate 20 and Mate 20 Pro will launch with Android 9.0 Pie, says the EEC

When Huawei unveiled its Android P update schedule, it was a bit vague on the Mate series. We wondered if the plans included the Mate 9 generation, but at the back of our minds we also wondered if the upcoming Mate 20 phones will launch on Oreo or Pie. Now we have our answer.

The Eurasian Economic Comission (EEC) has certified the Huawei Mate 20 Pro and Huawei Mate 20 with Android 9.0 Pie (those also go by LYA-L29 and HMA-L29 respectively). 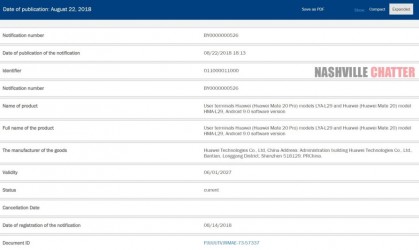 The Hawei Mate 20 Lite (which is yet to be certified by the EEC) was benchmarked with 8.1 Oreo, so it might miss out on Pie at launch. 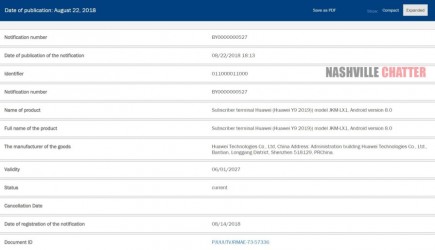 Anyway, you can check out Huawei Mate 20 renders and specs. There's a chance the Kirin 980 will be the first 7nm chipset to hit the market (it will be a race between it and the Apple A12).

By means of true flagship, you mean next year, where Samsung would do something big as part of the 10th anniversary of Galaxy S, especially 5G modem, which all flagships of 2019 will have?? Who knows, 4000mAh battery trend will start, that even sub...