The $1000 question is if the Mate 20 Pro camera is worth upgrading over the P20 Pro. You bet we took both devices for a spin and the photos are in. 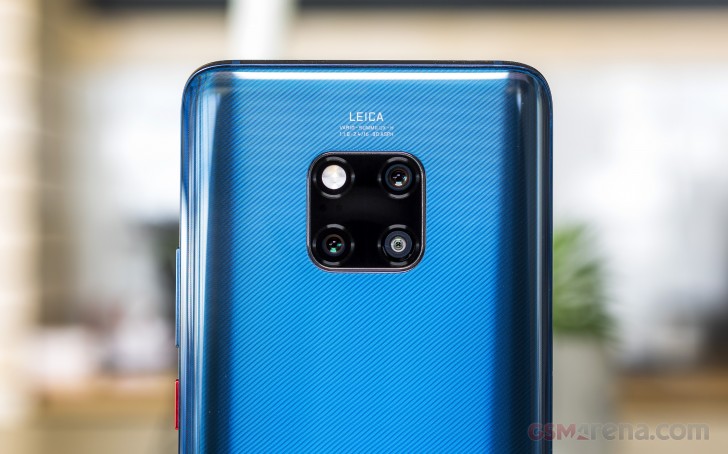 If you expected some major improvement over the P20 Pro, we have to disappoint you. The 10MP photos we snapped with the Mate 20 Pro are similar in quality with the P20 Pro. There are minor differences and depending on your preferences, you may like the one or the other.

The P20 images are sharper. They don't have more detail than Mate 20, but the extra sharpening may be easily mistaken for more captured detail. You can permanently tweak the sharpness level from settings if you'd like to, but by default, the P20 has the sharper pictures.

We also noticed sometimes the P20 decided not to use frame-stacking. We could tell this by the tags in the EXIF. While the Mate 20 Pro samples are all HDR, the P20 Pro didn't use HDR for the pictures with the castle and the mountain. This resulted in extremely detailed photos, much better than the rest of both P20 and Mate 20. And that's very odd as we'd expected this to work the other way around.

The 3x optically zoomed samples are equally good in quality, but the P20's are once again sharper than the Mate's.

The 5x hybrid zoom photos of both phones are pretty indistinguishable from each other.

The low-light photos of the Mate 20 Pro haven't improved at all since the P20 Pro. They are a bit less sharp, but that's it. Detail, exposure, contrast, and colors - same on both phones.

The pictures we shot with Night Mode can't be exactly compared, because of the difference in camera shake, but they still look identical to us.

Of course, the P20 Pro lacks a wide-angle camera, so if that's what rocks your boat, the P20 Pro has is handicapped in this respect.

Huawei Mate 20 Pro has three cameras on its back and would have been inexcusable if Portrait Mode wasn't present. The feature, however, has changed since the P20 Pro.

For starters, you can't choose the blur strength as you could before. Instead, you can use one of the few bokeh highlights shapes - circles, hearts, swirl or discs.

The subject separation is very good and among the best, we've seen in a while. The different effects are also a departure from what we're used to seeing, and we found them cool and a breath of fresh air.

Then there are Portrait Lighting effects, which also have a very good subject separation, but weren't our cup of tea.

Finally, in addition to those blur and/or lighting effects, you can also use various skin and face beautifications but we didn't dig deep there.

The Mate 20 Pro also features the so-called Aperture Mode. It lets you do post-shot re-focusing and simulates apertures in the f/0.95-f/16 range. It is used for non-human subjects and does well with the subject isolation even with more complex shapes.

The Mate 20 Pro feature a 24MP f/2.0 camera with fixed focus for selfies at the front, borrowed from the P20 series. It can do portraits with various effects as usual. Its performance on the P20 phones wasn't nearly as spectacular as the high pixel count might suggest, though, and we don't expect a major improvement on the Mate 20.

We'd trade half of those megapixels for autofocus any time, or, at least, for a focus sweetspot that's further from the phone, because as things stand right now, you need to shoot your face from pretty close for it to be in sharp focus. So as long as you stay within the camera's fixed focus sweet spot, the level of detail is quite amazing. Colors are faithfully represented, and dynamic range is good for a selfie camera.

There is AI HDR turned on by default for the selfies and we strongly recommend leaving it on. It does a splendid job in recovering what's lost from the highlights and makes for a massive improvement in the dynamic range.

The front camera has the same Portrait mode as the main one, but the subject separation is far inferior. You can see ears and hair have gone missing on some of the shots. The cool blur effects have made it to the selfir portrait mode, too, which is nice.

And you can, of course, use Portrait Lighting effects, if those are your thing.

The Huawei Mate 20 Pro isn't introducing any new shooting modes over the P20 Pro, which means still no 4K at 60fps. You have a choice between the h.264 and h.265 codecs.

There is an always-on electronic stabilization available in every mode but the 1080p/60fps. The EIS won't work on the optically-stabilized telephoto camera either and footage from that is extremely jerky.

Note that due to some YouTube issues, you can access the native 4K video resolution only on Microsoft Edge browser.

So, you can shoot video with each camera in any resolution and use the 0.6x, 1x, 3x, and 5x triggers as you prefer. Oddly, we found out that in 1080p at 60fps the 3x footage is not from the 3x camera, but is digitally zoomed from the normal one.

The 4K footage of either camera is average at best - it lacks sharpness big time. The resolved detail seems enough, but we've seen mid-rangers do better. The colors sometimes are washed out, but the contrast and the dynamic range are pretty decent.

The always-on electronic stabilization might be responsible for this softness, but we can't be sure as there is no way to disable it.

Oddly, the 4K videos we shot with the wide-angle camera have a frame rate of only 24-25fps instead of the regular 30fps.

But there is a silver lining - the closeup videos are amazing. The Mate 20 Pro has spectacular EIS and even videos shot at night look great. The recorded audio is stereo with 192kbps bitrate and thanks to the high bitrate you will get excellent audio even at a concert.

The 1080p footage looks sharper and these are among the better 1080p videos we've seen. The resolved detail is great, as are the colors, contrast, and the dynamic range. There is a drop in the quality when you switch to 3x and 5x, but the videos are still quite usable.

The 1080p videos at 60fps have a reduced field of view and don't benefit from electronic stabilization. Other than that, they are pretty much on par with the 30fps ones as far as picture quality is concerned.

Mate 20 Pro shoots 720p slow-mo videos at 960fps. While the regular slow-mo clips are only limited in length by your free storage, the super slow-mo clips last precisely 10s - 6s of slow-mo and two seconds of regular speed action on both ends. There is no smart detection, so it's likely to miss the important moment more often than not.

Finally, the Mate 20 Pro has some AI modes for the video. Two of them are blurred background and AI color. The first one is self-explanatory though the quality is rather poor.

The AI Color captures the whole scene in black and white, while leaving only a specific color(s) which can potentially produce some quite artsy videos.

Finally, you can use our Video Compare Tool to see how the Huawei Mate 20 Pro cameras stack against others when it comes to video capture. 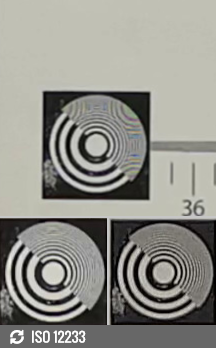 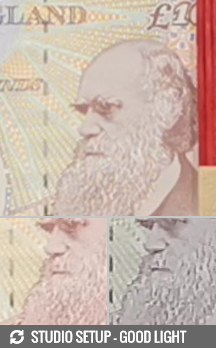 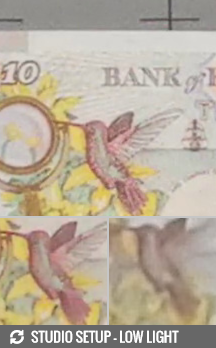 2160p: Huawei Mate 20 Pro against the P20 Pro the Galaxy Note9 in our Video compare tool 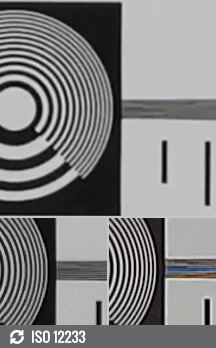 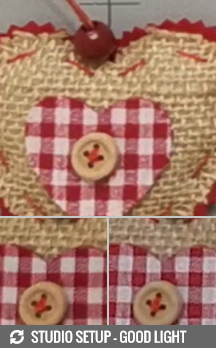 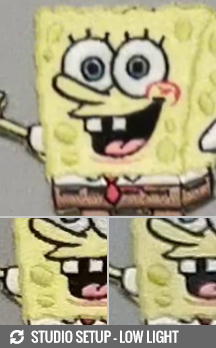 2160p: Huawei Mate 20 Pro against the Mate 20 Pro Ultra Wide and the Galaxy Note9 Telephoto in our Video compare tool