Huawei Mate 7 Mini to have an 'invisible' fingerprint scanner

A couple of months ago some pictures got leaked that were said to depict the upcoming Huawei Mate 7 Compact, but it turned out they were actually showing a different Chinese smartphone. So we've been left without any leaked images of the Mate 7 Compact - up until today, that is.

A couple of new shots have surfaced in China, once again reportedly being of the smaller version of Huawei's Mate 7. This time though, we're told the handset will be launched as the Mate 7 Mini. 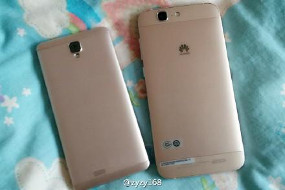 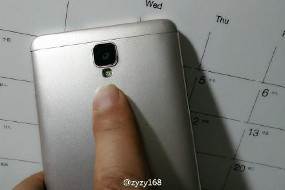 In the first picture, you can see it as the device on the left. The second image allegedly demonstrates a rather unique feature of the phone - a touch-sensitive area on the back, which features a built-in 'invisible' fingerprint sensor. It's invisible in that there isn't a marked space for it, instead you just place your finger roughly under the camera's LED flash and that's it.

The only leaked spec that accompanies these shots is the screen size, which will be 4.7". Everything else is still a mystery, however. Given the name, it might simply be a smaller version of the Mate 7 phablet, in which case it could come with mostly the same specs - if Huawei decides to emulate Sony's "Compact" devices in this regard. On the other hand the Chinese company might go the way of Samsung and HTC with their 'Mini' variants of flagship offerings, which are toned down both in size as well as in specs.

i dont have to prove anthing you or ( anyone ), whats wrong with that? lol i use phone for games and my work not as a fan lol

You don't have to mention what phone u have. And I doubt you even have those phones.