The Huawei Mate 8 has dropped the Ascend badge, but it offers all the key pros of the Ascend Mate7 and then some. Coming a year after the Mate7, it was only expected that the Mate 8 will show maturity and address its predecessor's shortcomings, most notably the poor graphics performance and the less than stellar camera output.

Huawei's in-house-developed Kirin 950 chipset promises to deliver on the first count, and also brings heaps of CPU oomph. The camera is all-new as well - with a larger, higher-res sensor and phase detection autofocus and optical image stabilization. 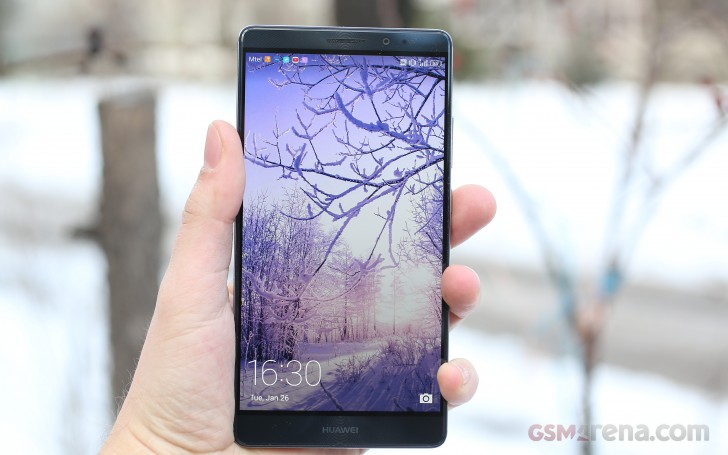 And while the Mate7 was a premium device to begin with, the new iteration looks even more refined. The Mate 8 has an unmatched high-end vibe, thanks to precision-machined metal and glass components, and sharper, bolder edges.

Then again, a few things haven't changed. The display is still 1080p, which was a bit of a stretch for a 2014 flagship and is even more so now when the competition has moved to QHD resolution on even smaller diagonals. Huawei insists that's as many pixels as you need at this size, and the tradeoff in battery life and processing power required isn't worth it. Oh, well.

Other than that, we're glad that the large battery is still in place, the fingerprint reader placement and its always-on implementation are also as nice as ever. And there's little to complain about having a 6-inch display in a body as compact as the Mate's.

We were willing to let it slide that the Mate7 couldn't record 4K video, but a year later, it's quite simply unacceptable for a flagship. The 60fps at 1080p resolution is of little consolation when the chipset is clearly plenty powerful to handle 4K video.

The display we already mentioned and the rest are more or less par for the course lately. Flagships with a removable battery are a dying breed, and dedicated microSD slots are steadily making way to the hybrid variety if they are available at all.

But a smartphone is a lot more than the sum of its features (or the lack thereof), and we're not in the habit of relying on the spec sheet alone. We'll be proceeding with the full review on the following pages, with a look at the Mate 8's hardware first on the list.

How do I roll back to Marshmallow, Andriod 6, from Nougat 7.0 I bought HUAWEI Mate 8 on Andriod 6, however I upgrade to 7.0, which I regretted. My region is UK. Assistance is urgently needed.

Any 3rd party app were I can get more options for the apps available in Multi window?

my mate 8 is now 1 year and 4 months old but still performs just like before and recieved an update for android 7 nougat hooray,but it's battery drains 15% overnight due to battery wear and tear sad,but still a great phone :)