The Huawei Mate 8 is rumored to come in three versions – one with a 6.2" screen, one with 6" and a third, smaller one with 5.5" or 5.7" screen. We've already seen live images of one of those versions, now there's another one.

It looks quite different – the camera is round (with a dual-LED flash to its side) and below it is a fingerprint reader (which wasn’t apparent in the photos that leaked first).

This new image shows a design much closer to the Huawei Mate S, but there's no guarantee that either of those really is the Mate 8. 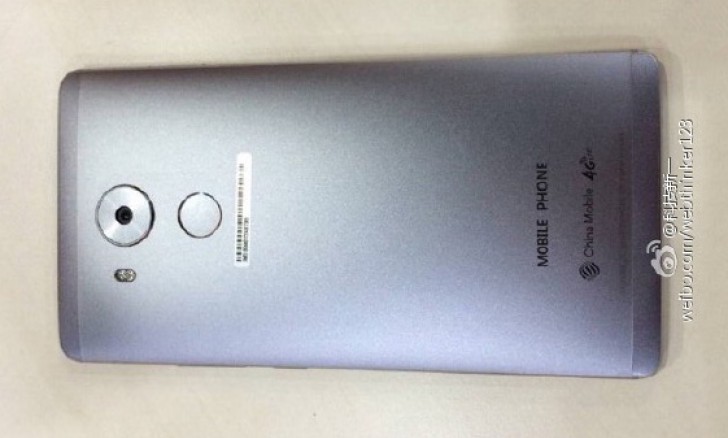 Anyway, the handset is slated to be a heavy hitter with a QHD screen, 16MP camera, the new Kirin 950 chipset, 3GB or 4GB of RAM and up to 128GB of storage. The smaller versions will get a 1080p screen and less storage, but all three should launch with Android 6.0 Marshmallow.

The launch of the Huawei Mate 8, however many versions it has, is expected to happen next week on November 26. There's still no confirmation from Huawei though.

Does an 8" tablet make and receive phone calls?

Me eagerly waiting for Mate 8. Specially its full specification