The Mates are the dance partners of the Huawei P series - the P9 leads with a Leica dual camera, now the Huawei Mate 9 follows with an improved version. Thanks to the next-generation chipset, that camera now records 4K 2160p video as well.

Huawei made it very clear that the Mate 9 is a phone for professionals. It stands above the P9 Plus with a bigger 5.9" screen, but its refined bezels make it more ergonomic than last year's Mate 8. It promises "uninterrupted 2 days of usage" and fast charge ups too. 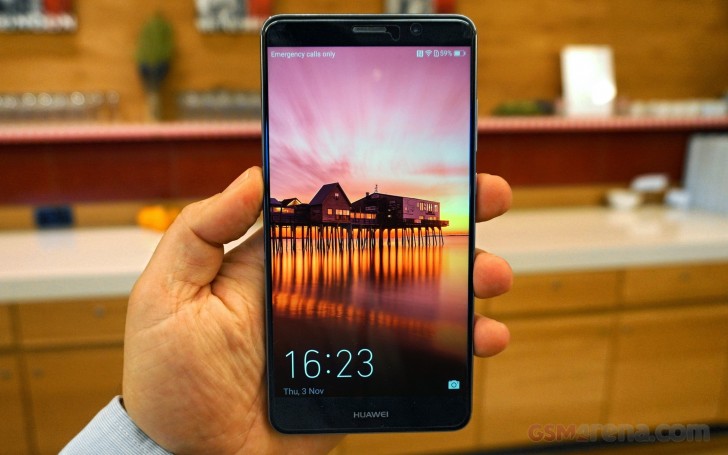 The software handles better as well - machine learning algorithms in the brain of EMUI 5.0 will learn and predict what you do next and optimize the experience to minimize waiting times. Additionally, improved RAM management promises to juggle even heavy apps with ease.

There's more temptation hiding the the Huawei Mate 9 box, here's what it says on the label.

Huawei Mate 9 at a glance:

Huawei and its partner Leica introduced the second generation of the dual-camera system found in the P9. The Mate 9 increases the resolution of the black & white sensor to 20MP, up from 12MP and offers something called Hybrid Zoom, which provides a 2x magnification. A custom chip handles the image processing and offers some magic - you can change the focus and lighting of photos even after you have taken them. An 8MP selfie camera boasts autofocus and automatic face recognition courtesy of that same custom chip.

4K video capture is just one of the new features of the Kirin 960 chipset. It's the first mobile chipset with ARM's new processor and graphics cores - the Cortex-A73 and Mali-G71 respectively. 3D graphics was a weak spot for previous Kirin chips, but the 960 uses eight cores instead of four, which will amplify the gains from the new architecture (built with Vulkan in mind). The CPU's Cortex-A73 cores meanwhile were tuned for sustained performance (by minimizing thermal throttling). 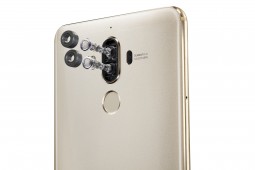 Huawei redesigned its EMUI 5.0 software (now built on top of Android 7.0 Nougat). The company says you can launch over 90% of apps with three or fewer taps. Knuckle gestures are back and trigger common features like split-screen multitasking (just like on the Mate 8).

Instead of the expected Pro version, Huawei made a Premium one - the Huawei Mate 9 Porsche Design. A subsidiary of one of Germany's best-known car makers, the company is known for high-end accessories in a variety of fields - this is its second phone.

It's not just a fancy exterior. The Porsche Design features a dual curved AMOLED screen with QHD resolution. It's smaller - 5.5" - which makes the phone more compact, but perhaps is a slight disappointment for people looking forward to a more manageable Honor Note 8 alternative (that one has a 6.6" screen).

The "Porsche" brand should have already told you that this is a pricey handset, but at least you're getting memory by the bucketload - 6GB of RAM and 256GB of storage. The Porsche Design has all the features of the regular Mate 9, aside from a few key differences:

In addition to a new smartphone, the Chinese smartphone maker has also announced a new fitness band. Huawei Fit is the company's "next evolution of Huawei wearables." Huawei says its new fitness band is designed to be the perfect fitness companion, "with accurate tracking technology for fitness, heart, and sleep.

The watch reminds us of The Honor Band Z1, a very basic fitness tracker that only counted steps and tracked sleep with basic notification capabilities and didn't feature a heart-rate sensor. But the Huawei Fit features continuous heart-rate monitoring, and automatic fitness tracking. All this in a lightweight watch with 5-day battery. Oh yeah, it's also 5ATM water-resistant up to 50 meters, the same rating as the new Apple Watch Series 2.

The Huawei Mate 9 is a very large smartphone that does a great job of not feeling so in use. The curved back, minimal body to screen ratio and solid build mean it’s easier to hold onto than you might expect. But with that 5.9in screen, it’s stil...