The Huawei Mate 9 is scheduled to be announced on November 3 - less than two weeks from now, and with the big day coming closer, we've been witness more and more leaks on the high-end phablet. Here's another.

Coming from trusted source Evan Blass (@evleaks), the single image depicts the flat-screened Manhattan version (supposedly, there will be an even more premium dual-curved Long Island model), this time in a darker than the usual rose gold purplish tint. 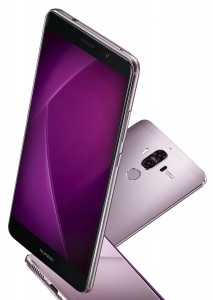 A minor design change from previously leaked renders - the lens properties have been relocated from the top to the side. The presence of the Leica-branded ('co-developed', the two companies insist on calling it) dual-camera setup has been more or less established by now, but this design we're seeing here does have a particular air of finality to it.

Another key aspect of the Mate 9's hardware that deserves a mention is the Type-C USB port on the bottom - Huawei is keeping up with the times. In a good way, not in a ditch-the-headphone-jack kind of way - the 3.5mm jack is alive and well on the phablet's top. That other hole looks somewhat too large to be a secondary mic, and there's one above the camera on the back, so it remains a mystery for now.

As for the specs, a Kirin 960 chipset is all but certain, and a 6-inch FullHD display seems like a safe bet, for the Manhattan, at least. We'll know for sure in due time.

Finally a big and powerful market has missing those wtf

normally huawei put less powerful gpu on thier flagships. I hope this one will be different

I think the second hole is not a hole, but a IR blaster!!