If you remember, the Mate 9 Porsche Design was announced along with the regular Mate 9. It used the same hardware except for the screen, which was AMOLED and a curved one at that. It was also prohibitively expensive, and it was only going to be sold through Porsche Design exclusive boutiques. It set off a gadget craving that the regular Mate 9 could not fulfill.

Fast forward a couple of months, and we now hold the Mate 9 Pro in our hands - a smartphone identical to the Porsche Design Edition and a cheaper one, too. Sure, the Mate 9 Pro is not as widely available as the Mate 9, but at least it's not a designer product with an obscene price tag attached to it. 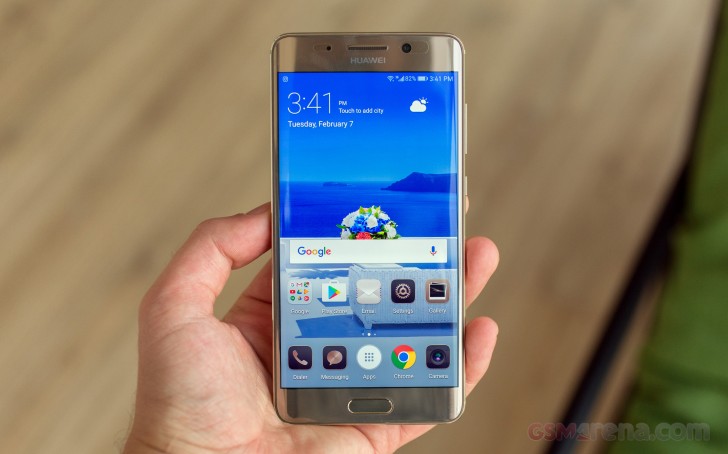 Yes, it's finally, here. A phone, which we have been on the lookout for ever since its announcements. Dreams do come true sometimes. The Huawei Mate 9 surely looked gorgeous and delivered on its promises for flagship performance and great camera, but the Mate 9 Pro has the same specs and then some more.

Technically, not everything is the same - the Mate 9 Pro's AMOLED display is smaller but has a higher resolution. As you'll see below, there are hardly any other differences.

Huawei Mate 9 Pro at a glance:

The reduced screen size is probably the single potential turn off for the aspiring owners. The downsizing was enough to demote the Mate 9 from a phablet to a regular sized smartphone by current standards. On the other hand, it's a change that you may be more than happy with if the Mate 9 was too big for you.

The lack of memory expansion is easily offset by the default 128GB internal storage, while the lack of waterproofing is hardly a surprise as Huawei hasn't introduced it on any of its products.

The spotty availability is probably the worst bit about the Mate 9 Pro, as Huawei hasn't launched the Pro model everywhere where the Mate 9 is available. The device is currently available in China, India, the USA, and Scandinavia, among other markets, though the gray import market is seemingly thriving. We guess Huawei either gave some exclusivity rights to the device in certain markets, or they just didn't want it to get in the way of the pending launch of the P10.

agreed. I need my IR blaster. I've been seeking for about a year now, but has been hard to justify yet. could use expandable storage, a better camera, faster CPU, 5g, fresh UI, updated BT, wireless charging, and oh yeah maybe not a vendor on the...

huawei mate 9 pro front camera is not so good, does not autofocus and pictures are blurred effect. anyone find it same ? the contrast of pic is pale too, pls give solution guys.