A promo image of the upcoming Huawei Mate 9 has leaked confirming a Kirin 960 chipset and dual 20MP cameras. 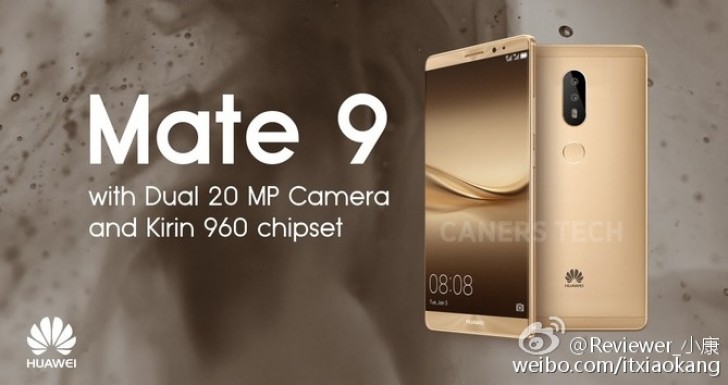 So far we've seen Huawei Mate 9 renders alongside leaked specs, which are in line with the latest rumors surrounding the phone. The dual 20MP cameras at the back will be certified by Leica, akin to the Huawei P9.

The Mate 9 will launch at the end of 2016 running Android 7.0 Nougat garnished with Emotion UI 5.0. The Kirin 960 chipset will also be accompanied by 6GB of RAM.

The leaked promo image also reveals the Mate 9 will sport a fingerprint sensor on the back, but we can't be sure if stereo speakers will be on the menu.

if u won't a camera take DSLR OR DIGIT

The screen must be QHD, otherwise I'm not going to buy it. I didn't buy Mate 8 just because of low screen resolution and poor camera. I hope Mate 9 will not disappoint us.