Last week, there were reports that the Huawei Mate S - which was made official at this year's IFA last month - will be launched in Malaysia on October 22. However, it has now been confirmed that the launch will happen around a week later - on October 27. 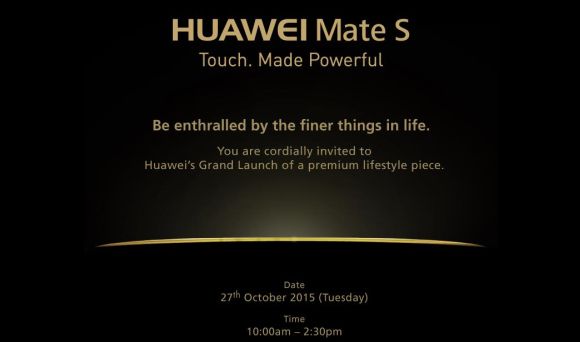 As you might already know, the smartphone comes with a Force Touch screen, something which is only available on the top-end 128GB model. According to tech blog SoyaCincau, Malaysia won't get that particular model.

Pricing and availability details aren't yet confirmed, although previous reports have suggested that the Mate S will carry a tag of RM2,698 (around $635) in the country.

Huwaei said indian honar 4 x will get lollipop ipdate on 20 October....but did not receive any update till now....sad huwaei.....any one got update plz tell

The launch was 1.5 week ago here in Switzerland