Huawei Mate X2 in for review

Huawei Android In for review Featured

The Huawei Mate X2 just flew in our office. The third generation foldable phone by the Chinese manufacturer switches the formula entirely - the X2 moves from the outward fold of the original Mate X and the Mate Xs to an inward fold, similar to the Samsung Galaxy Z Fold2.

The retail box contains a rapid 66W charger, USB-C earphones, charging cable and a protective case that acts as a kickstand as well - certainly better retail package than its Samsung cometitor. 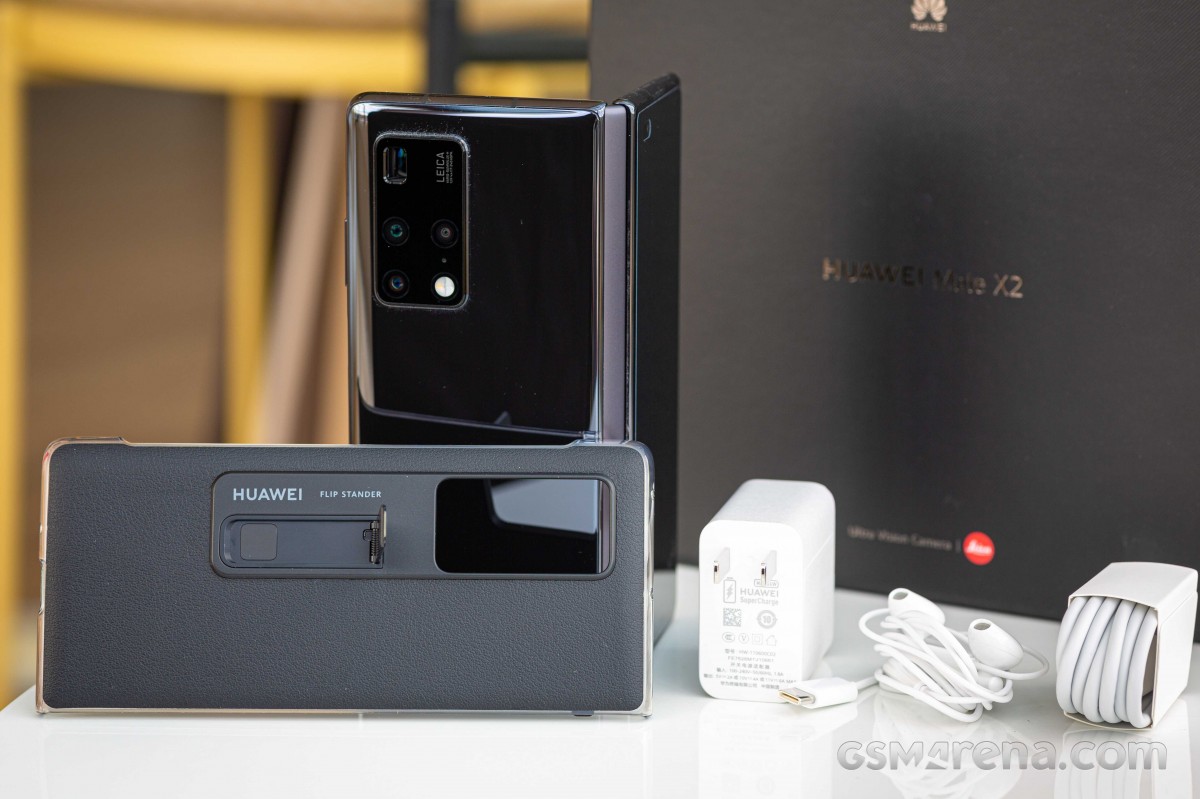 The Huawei Mate X2 also comes with a pre-applied protector on the external screen, while the internal has no such thing. The entire phone is wedge shaped with a pretty large camera bump on the thicker half. Another area where the Mate X2 is well superior of the Fold2 is the folding - it actually leaves no gap between both sides, thanks to the new Falcon Wing design that Huawei developed.

There is one downside, though - unlike the Galaxy Z Fold 2, this foldable cannot stay in so-called laptop mode. Even if you manage to keep it bent at 90 degrees, the UI does not recognize it, and you can't use the Mate X2 as its own tripod. 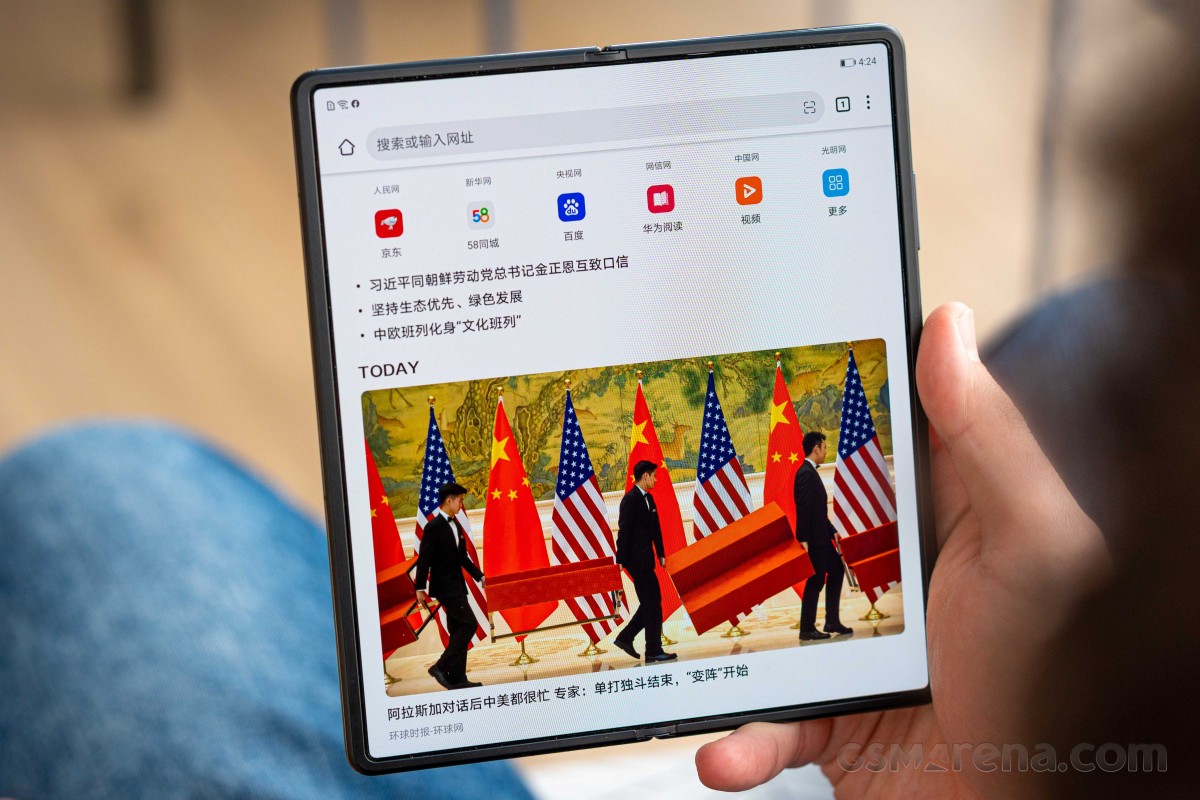 Here might be the place to talk about the cameras of the Mate X2. There are four cameras, three of them borrowed from the mighty Mate 40 Pro+. The main shooter has a 50MP 1/1.28” sensor, there is an 8MP periscope telephoto lens with 10x optical zoom, another 12MP telephoto snapper with 3x optical zoom for portraits, and a 16MP ultrawide-angle shooter.

That kind of setup is clearly superior on paper to what the Samsung foldable has and knowing Huawei's track record we have little doubt it will have the processing to match the mighty hardware. Still we'll take nothing for granted and we'll reserve the final verdict for when the full review is done. 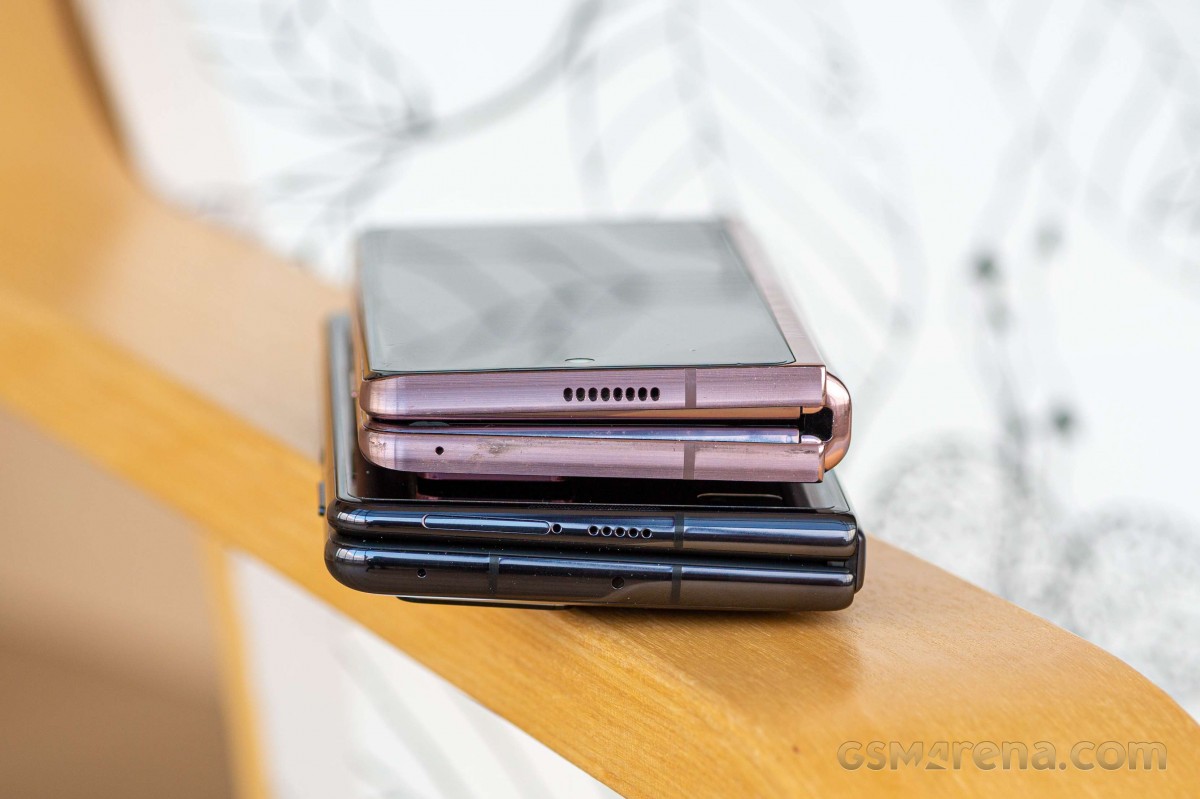 Another impressive bit about the Mate X2 is the internal screen has a far less prominent crease than both its predecessors and the Galaxy Fold2. It can hardly be felt with a finger and is even invisible under certain lighting.

Normally, talking about a Huawei smartphone in 2021, we'd have to touch on the lack of GMS and the progress of its own HMS ecosystem, but that doesn't really apply to the Mate X2. The gorgeous foldable will sadly remain exclusive to China, where phones don't have GMS anyway. 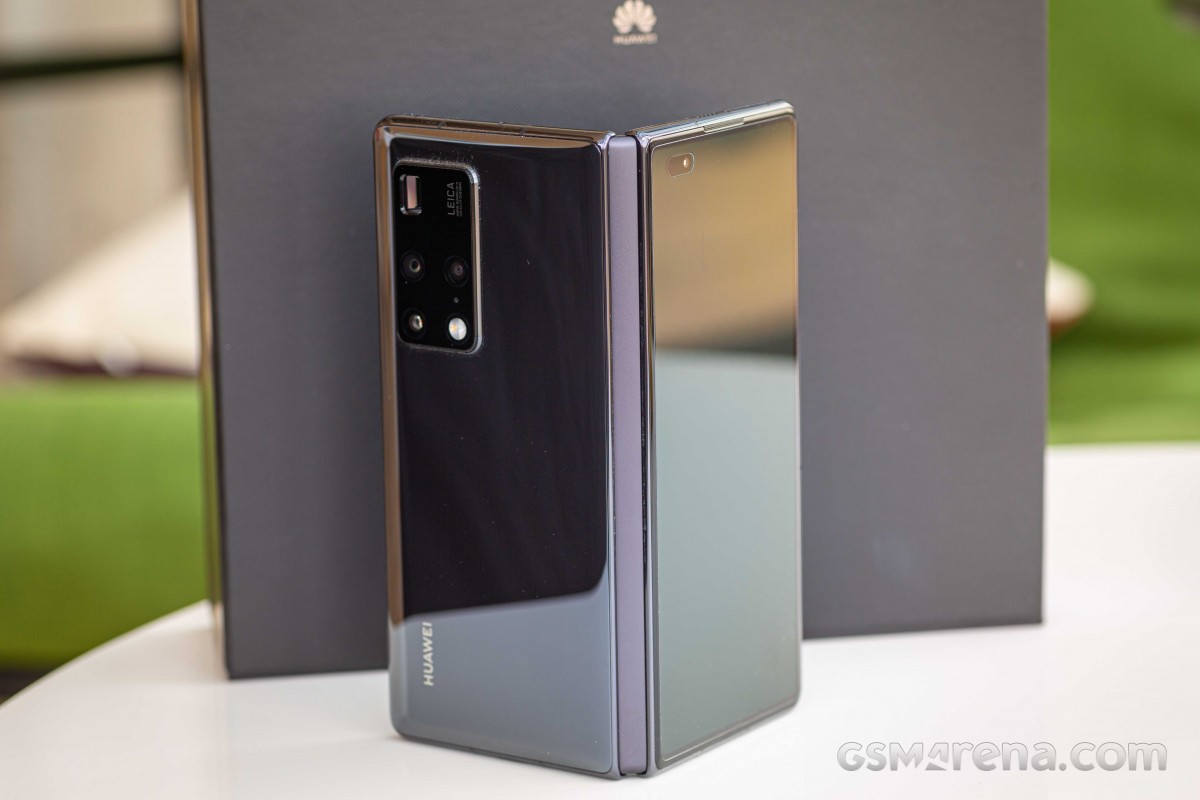 The Huawei Mate X2 looks very likely to become the best foldable at least until the Fold3 arrives in the summer and we can't wait to put it through its paces. Stay tuned for the full review!

No selfie camera for the inner bigger screen. From my part, No buy.

Yup, total joke. HTC respectable? Maybe back when they had beats audio branded phones, that niche is dead since 2015, no one wants a HTC these days with their outdated designs and grossly overpriced VR hardware? Get out. And LG is way too busy making...